A man who says he was serially sexually abused by Archbishop Theodore McCarrick testified Thursday as part of a Vatican investigation regarding the archbishop’s history of sexual abuse and misconduct. 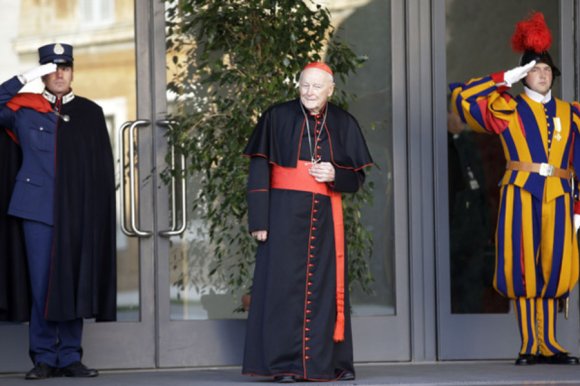 James Grein testified on December 27 in a canonical deposition conducted by officials of the Archdiocese of New York, the Washington Post has reported.
Grein’s attorney, Patrick Noaker, told CNA that the New York officials were acting as “auditors,” or delegates of the Holy See, adding that Grein was told that his testimony was part of an administrative process at the Congregation for the Doctrine of the Faith, the Vatican office charged with investigating and adjudicating charges of clerical sexual abuse.
Grein claims that McCarrick, who was a family friend, began abusing him in the late 1970s, when he was 11 years old and McCarrick was in his late 30s and a priest of the Archdiocese of New York.
In July, Grein told the New York Times that the abuse continued for the next 18 years, he said, during which time McCarrick was consecrated a bishop and served as auxiliary bishop of New York, and diocesan bishop of Metuchen and then Newark.
Grein’s testimony this week alleged that McCarrick repeatedly groped and assualted him during confession, his lawyer said. Grein also testified that McCarrick sexually assualted him in a car, later telling the boy’s mother that Grein had spilled a soda, in order to explain a mess in the car.
In November 2000, McCarrick was appointed Archbishop of Washington, where he served until his 2006 retirement. In 2001, he was elevated to the College of Cardinals. About a week after Grein’s allegation was published in the New York Times, McCarrick resigned from the College of Cardinals.
Noaker told CNA that the Archdiocese of New York invited Grein to make a statement for the Vatican about one month ago. The lawyer said he got a call last week asking that Grein testify as soon possible.
The lawyer said that he was told the Congregation for the Doctrine of the Faith is considering trying McCarrick for three canonical crimes the archbishop could have committed while abusing Grein: the broad prohibition in canon 1395 §1 prohibiting “persisting with scandal in..[an] external sin against the sixth commandment;” the specific prohibition in canon 1395 §2 prohibiting sexual abuse against a minor; and the crime of solicitation of a penitent in the confessional, established in canon 1387.
A trial or administrative penal process pertaining to those crimes could lead to McCarrick’s laicization. Noaker said he was told that that the “Vatican wants this finalized by the second week of February- the entire case” against McCarrick. 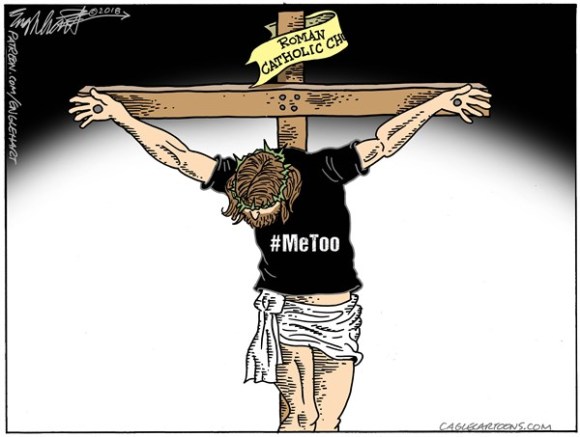 In June, it was announced that a New York review board had found charges that McCarrick had abused another youth to be “credible and substantiated.” While additional allegations of coercive and abusive sexual behavior were subsequently made against the archbishop, he was until now expected to face canonical charges only in the initial case of abuse.
Grein’s testimony suggests that the archbishop could now be canonically tried for abusing multiple victims.
A spokesman for the Archdiocese of New York told CNA that he was unable to provide details on how Grein’s testimony might fit into Vatican procedures against McCarrick. This was “not an archdiocese of New York process,” Joe Zwilling told CNA. “This is a Vatican process.”
Noaker told CNA the abuse McCarrick is alleged to have committed during the sacrament of confession has had profound effect on Grein.
“McCarrick integrated the abuse into the sacrament,” Noaker said, alleging that McCarrick would molest Grein’s genitals while discussing the virtue of chastity. “That really hurt James.”
“This case illuminated for me how damaging it is for someone to be as vulnerable as they are when they come into confession and then to be sexually manipulated during that sacrament.”
The lawyer said that testifying against McCarrick has been difficult for Grein. When Grein recounted a particularly troubling incident, Noaker said, “he closed his eyes, and you could see him going back to that moment, and it was especially gruesome sexual assault, and it was upsetting just to be there.”
“He came out pretty worn out.”
“He has been so courageous, to go back to these moments,” Noaker said.
While many victims take pains to avoid addressing their sexual abuse, he said, Grein has approached the matter head on.
“Turning around and running at it is not without its pains.” Noaker added. “He did it knowingly and willingly, but not happily.”
Grein has filed a claim in a victims’ assistance program, the Independent Reconciliation and Compensation Program of the Archdiocese of New York, Noaker said, but has not yet received indication of whether he will be offered a financial settlement. Noaker said he expects notification to be forthcoming.
The lawyer said that Grein is most interested in healing from his abuse.
“He really wants his Church back. He just wants to be able to go to Church again, and find peace again, and, you know sure, I’m not sure we’re going to get that for him,” Noaker said.
“He said probably ten times yesterday, ‘I just want my Church back. I would like to have Jesus in my life again.’”

This victim can have Jesus back in his life – especially if he looks for Jesus OUTSIDE the RC institution.

I have Jesus in my life and I stopped being part of that institution 32 years ago.

We have Jesus in our lives through faith, prayer and performing good in His name.

As for McCarrick – Pope Francis has the power to excommunicate him and dismiss him from the priesthood – and canon law says that Francis’ words are final.

In reality McCarrick should be spending the rest of his life in jail.

But even if the RC crowd dismiss him he will be given a comfortable home to live in and more money than he needs. If the institution does not provide it some half witted Catholic pew dweller. with more money than sense will look after him.

Its all about brainwashing.

As Aristotle said – and as the Jesuits practiced: “Give me a boy until he is 7 and I will give you the man”.

The RC Church got most of us when were only 4.

THE IRISH PEOPLE ARE AT LONG LAST REJECTING THE UTTERLY CORRUPT ROMAN CATHOLIC  CHURCH AND BISHOPS LIKE AMY MARTIN DO NOT LIKE IT ONE LITTLE BIT! 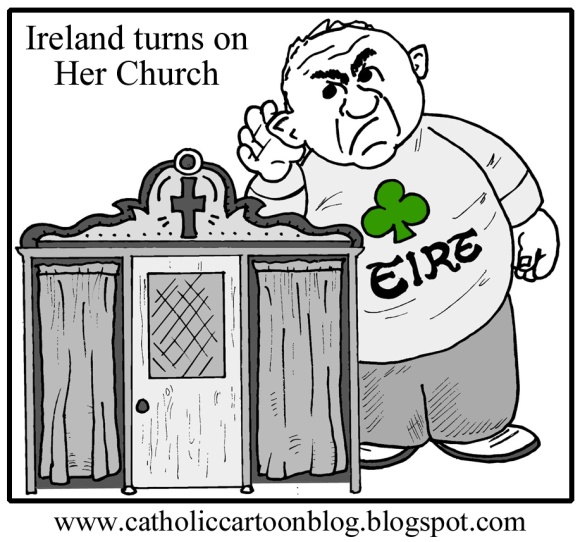 I am so glad that I have lived to see these gangsters having to swallow the bitter medicine the modern Irish are treating them to.

We are fed up to the teeth with these bishops and priests and it now payback time for them for: 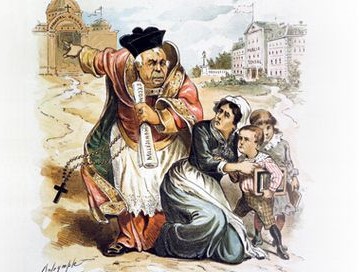 In recent years and decades the Irish people have been rising up against them and this rising is only beginning.

As far as the Iris are concerned these people and their institution is irrelevant at best and dangerous at worst.

This is not at all a rejection of God and spirituality.

It is a rejection of these “emperors” who are now seen to have no clothes.

It is a rejection of a “religion” that was simply posing as a spirituality.

It is a rejection by a formerly oppressed people who have copped on to their oppressors and given them their marching orders.

There was a time in Ireland when a passing priest would have caused people to go down on their knees. Nowadays, there is a real feeling of contempt when a priest is spotted.

And the likes of Eamon Martin are now telling their dwindling followers not to obey the laws that go against their religion.

Once they imposed their Roman law on us.

Now that we have risen they are rejecting the laws the Irish have voted for.

Its a sign of their frustration at being dethroned – and it will only lead to further rejection by the Irish.