An Austrian priest and theologian has resigned from his position at the Congregation for the Doctrine of the Faith, amid charges that he made sexual advances toward a woman in the confessional several years ago.
The priest maintains his innocence.
Fr. Hermann Geissler, 53, has been an official within the CDF since 1993, and in 2009 became the head of the congregation’s teaching office.
A statement released on January 29 said that Geissler “affirms that the accusation made against him is untrue, and asks that the canonical process already initiated continue. He also reserves the right for possible civil legal action.”
Alessandro Gisotti, interim director of the Holy See Press Office confirmed to CNA that allegations against Geissler are being examined by the CDF, which is the Vatican office charged with reviewing allegations of this kind.
CDF prefect Cardinal Luis Ladaria accepted the priest’s resignation, which was submitted on January 28. The statement said Geissler decided to step down “to limit the damage already done to the Congregation and to his Community.”
Geissler is a prominent scholar of Blessed Cardinal Henry Newman and a member of the Familia spiritualis Opus (FSO), informally known as “Das Werk.”
The accusations against him became public at the end of September, when a (now-former) member of “Das Werk,” Doris Wagner, claimed in a lengthy piece in the German newspaper DIE ZIET that she had been sexually harassed in the confessional by a member of the religious community she then belonged to, identified in the article as “Hermann G.”
Wagner again spoke of the accusations last November, saying at a conference in Rome that she had received unwanted sexual advances and been “groomed” for sex by “a priest working to this day as capo ufficio at the Congregation for the Doctrine of Faith,” according to La Croix International.
The solicitation of a sin against the sixth commandment within the context of confession is considered in Church law to be a “grave delict,” or offence, for a which a priest can be dismissed from the clerical state.

The crime of a priest using the confessional for sex is a most serious canonical crime.

To use a holy entity for sexual gain is such a contradiction.

That a member of the Congretion of Divine Worship which investigates clerical sexual crimes committed this crime is most serious.

It shows that the RC church at the highest level is sexually compromised is devastating.

This is a destroying development.

We made our way from Larne to Tralee yesterday – distance 300+ miles – 7 hour journey.

We stopped in the Dunraven Arms hotel in Adare for lunch wit h a Cloyne priest who wanted to discuss the rampant homosexuality in Cloyne and in particular of the case of the PP living with a young Eastern European male.

On then to Tralee where King Puck is a curate. 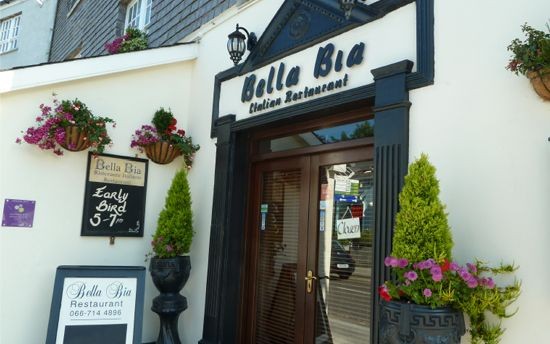 After our long journey we had a meal in the Bella Bia Italian restaurant in Tralee.

Just Euro 15 for the pre theatre menu which was as tasty as it was reasonable.

Tomorrow I have a wedding and more meetings.

In upcoming blogs I will be dealing with Cloyne/Kerry issues.

“We must distinguish between a homosexual orientation of a person and homosexual practice,” he said.

This applies to all sexual orientations. Homosexual practice would be a reason for exclusion, according to Menke-Peitzmeyer.

VATICAN CITY (Reuters) – Pope Francis warned Italian bishops this week to vet carefully applicants to the priesthood and reject anyone they suspected might be homosexual, local media reported on Thursday.
“Keep an eye on the admissions to seminaries, keep your eyes open,” the pope was quoted as saying by newspaper La Stampa’s Vatican Insider service. “If in doubt, better not let them enter.”
The Vatican did not immediately respond to a request for a comment on the remarks, which Vatican Insider and Il Messaggero said were made at a closed-door gathering on Monday.
Francis’s meeting with Italian bishops came just a day after a Chilean man who suffered clerical sexual abuse quoted the pope as telling him in a private conversation that God had made him gay and loved him that way.
The Vatican declined to comment on the report which touched off fierce media speculation that Francis was softening the Church stance on homosexuality. It has previously condemned homosexuality as an immoral disorder if actively practised.
In a 2005 document, released under Francis’s predecessor Pope Benedict, the Vatican said the Church could admit into the priesthood those who had clearly overcome homosexual tendencies for at least three years.
But it said practicing homosexuals and those with “deep-seated” gay tendencies and those who support a gay culture should be barred.
The reported comments to the bishops might appease conservatives who have grown alarmed at the way Francis has dramatically shifted the language the Church has used about homosexuality since his election in 2013.
“If a person is gay and seeks God and has good will, who am I to judge?” the pope said on his first overseas trip in 2013. In 2016, he said he had ministered to people with unfulfilled homosexual tendencies as well as homosexuals who were not able to remain chaste, as the Church asks them to.
“When a person arrives before Jesus, Jesus certainly will not say: ‘Go away because you are homosexual’,” he said.
Pope Benedict wrote in 2005 that homosexuality was “a strong tendency ordered toward an intrinsic moral evil”.
Reporting by Crispian Balmer; Editing by Matthew Mpoke Bigg
Our Standards:The Thomson Reuters Trust Principles.