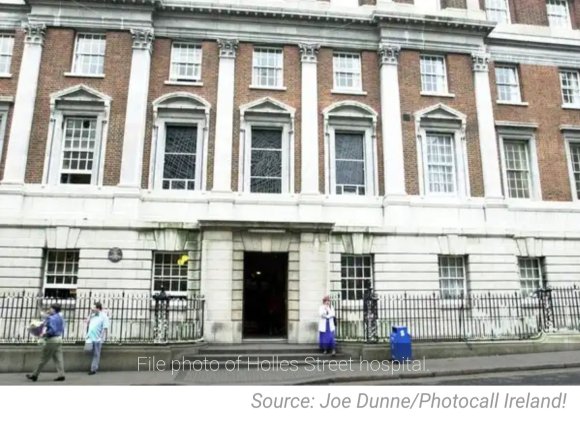 An external review is due to be carried out into the circumstances around the abortion.

THE COUPLE AT the centre of case involving an abortion at the National Maternity Hospital in Holles Street are “mentally and physically devastated”, according to the solicitor representing them.
An external review is due to be carried out into the circumstances around the abortion, which concerns a couple who earlier this year were told their baby had a fatal foetal abnormality.
It is understood that an abortion was then carried out at over 15 weeks.
It was thought the baby had Trisomy18, also known as Edwards Syndrome, but a series of genetic tests later found that that was not the case.
The parents sought an external investigation and the hospital has now decided to set up an external review, RTÉ reported yesterday.
Speaking to RTÉ yesterday on behalf of the family, solicitor Caoimhe Haughey said the family were devastated by what had happened.
“This couple are utterly, utterly mentally and physically devastated,” Haughey said.

Their loss and their sense of grief is interminable. What has happened to them is incomparable. What they want now is honest answers.

Speaking later to Virgin Media News, Haughey said that the couple were already “in a deep state of grief and undergoing a process grieving” when they found out about the misdiagnosis.
“They did not go into this clinic or into this hospital with a view to having a termination,” she said.
“They went into this hospital to find out how well their pregnancy was going. Were mom’s dates right, that kind of thing.

But this led them down a path when suddenly they’re talking about termination. They never brought up the word termination.

In a statement yesterday, Holles Street said they couldn’t comment on individual cases but that a review is to be carried out.
“We can confirm that we have asked the Royal College of Obstetricians and Gynaecologists to conduct an independent review of a recent case at the hospital,” they said.
However, in a statement issued in the wake of the initial reports of the case a spokesperson for the Royal College of Obstetricians and Gynaecologists said:
“We can confirm the RCOG has not yet received a formal approach to undertake this review. Should an approach be forthcoming, this will be considered in the usual way.”
It’s understood the National Maternity Hospital is now attempting to clarify the situation with the UK-based body.
Speaking on Today with Sean O’Rourke on RTÉ Radio 1 yesterday, the Master of the Rotunda maternity hospital Fergal Malone said he could not comment on the individual case but explained that early screening tests are carried out by a blood test and an ultrasound.
If there is a query about these initial tests, then a diagnosis is sought through two different tests: a Chorionic villus sampling (CVS) test or amniocentesis.
The CVS test uses placental cells while amniocentesis is carried out directly on the foetus.
Prof Malone explained that there can occasionally be different genetic readings between the placenta and the foetus.
The CVS test should always be interpreted in conjunction with an ultrasound, he said.
“When the CVS test is taken, two different samples are sent. One for a rapid result which comes back within 48 hours and the other which can take up to two weeks and it is 100%,” Malone said.
The rapid test can give a false positive.

That’s why it is necessary to look at the total picture. If there is no ultrasound abnormality most laboratories recommend to wait for the full two weeks.

With reporting from Conor McCrave

The mistaken abortion of a healthy baby is a tragedy and a horror.

The fact that 4,000 babies have been aborted in Ireland since January!

Has Ireland now got abortion on demand?

Abortion is NEVER a GOOD.

In extreme circumstances it can be THE LESSER OF TWO EVILS.

When an abortion regime is too loose the sacredness of life is blown out of the water and healthy babies are, let’s say it, murdered and deprived of life.

This is not regrettable. 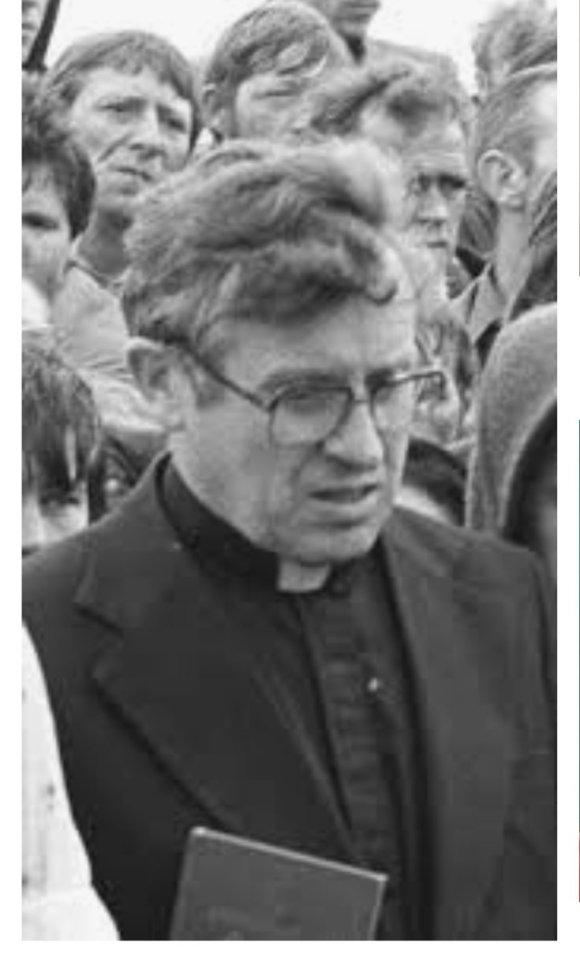 I AGREE THAT IDEALLY WE SHOULD ALL DRESS APPROPRIATELY FOR CHURCH – BUT LET’S NOT MAKE AN 11TH COMMANDMENT ABOUT IT.

Wen I was in St Peter’s Cathedral, Belfast I looked after the schools and youth club. I would have heard the youngsters confessions in a room in the school. Not to embarrass the teenagers I had a special way of going through the Commandments and the young person would answer yes or no to each.
Later when they left school they would come into the cathedral confessional and say :”Fa’rr an we do it the way we did it in school”? And we did.

One summer Saturday afternoon, with the sun splitting the stones, I was in the confessional and I heard the administrator screaming at someone at the top of his advice.

It was a teenage boy of 18 who had his shirt off for the summer and was coming to Confession to me. Father McKinley physically pushed him out of the cathedral. I ran after the young man called Brendan and apologised to him and heard his Confession walking around the cathedral grounds.

Brendan meant no disrespect to God or anyone else. He was passing and just said he would come to Confession.

God would have had no problem with his naked top. God made his body.

When judging matters like this we need to understand the person’s intentions. Brendan was coming to Confession out of respect to God and out of trust in me.

Let’s not forget that for the first part of their existence Adam and Eve met God naked in the Garden of Eden.

By all means, challenge and correct people who act to offend God.

But don’t punish people for being young or Travellers.

If only we had more young men and women in our congregations.

Finally, the priest DOES NOT OWN the church.

The people own it.

A church is the house of God’s people.

Teach Pobal as we say in Irish.

“Let the young ones come to me. Do not stop them. For theirs in the Kingdom of Heaven”.