The Reverend Matthew Fox (born Timothy James Fox on December 21, 1940) is an American priest and theologian. Formerly a member of the Dominican Order within the Roman Catholic Church, he became a member of the Episcopal Church following his expulsion from the order in 1993. Fox was an early and influential exponent[citation needed] of a movement that came to be known as Creation Spirituality. The movement draws inspiration from the mystical philosophies of such medieval Catholic visionaries as Hildegard of Bingen, Thomas Aquinas, Saint Francis of Assisi, Julian of Norwich, Dante Alighieri, Meister Eckhart and Nicholas of Cusa, as well as the wisdom and prophetic traditions of Jewish scriptures. Creation Spirituality is also strongly aligned with ecological and environmental movements of the late 20th century and embraces numerous spiritual traditions around the world, including Buddhism, Judaism, Sufism, and Native American spirituality, with a focus on “deep ecumenism” or interfaith.
Fox has written 35 books that have been translated into 68 languages and have sold millions of copies and by the mid-1990s had attracted a “huge and diverse following”.

I have been a fan and admirer of Matthew Fox for many years.

I don’t give assent to everything he thinks or says.

His favourite book for me is ON BECOMING A MUSICAL MYSTICAL BEAR.

I enjoyed the above interview and it speaks a lot of truth.

Fox makes various suggestions as to what can help the church;

And Annie Walker at St Bennet’s.

Pat,
Is nothing happening in Ireland or the Irish dioceses? Also the blog seems to have been hijacked by British priests with axes to grind against bishops and priests we never heard of. Just an observation.

do you know if he’s a conman? x

Why do ya always copy and paste, ya Use’nt to do that before, strange 🤔

This refers to the report headed, “Buckley rebuked over social worker slur”. David Ford, former Alliance leader and Justice Minister, and a former social worker dismissed +Pat’s comments, pointing out that the profession is highly regulated, and while indicating the difficulty in some of the contentious decisions involved in social work, is quoted as saying “I entirely refute any suggestion that decisions are taken as a result of malice.”
I refrain from referring to the remainder of the I. N. article not complimentary to +Pat.
In the circumstances I believe a public apology from +Pat would be both timely and appropriate.
MMM

How can I apologise for something that I believe to be true based on my experience.

I never liked Ford. Hearing that he was a social worker does not improve my opinion of him.

+ Pat your item 3 Pope Francis has already got this in place but before he acts he needs PROOF.

As you know that he has to work to Canon Law and they know that.

The abusers and those leading a double life in the Church just hang on with NO principles.

The Abusers should be jailed.

The clergy leading double lives and have a look at themselves and how the poor pay to keep them in their double life style.

10:13
Spare your sympathy for Pope Francis. He has executive authority both to write and to overwrite canon law. If he is working to it, he has chosen to do so.
Francis is not constrained by canon law.

PAt Mullaney has be destroyed and living in a 3rd world countries the wee hour.

South East Asia is not the Third World. The Stag was legendary.

+ Pat, your 5 point summary of a way forward is exactly what I think should happen. No doubt there are other things that could change as well. But, these five would do as a start. The clerical hierarchical model has been found to be not fit for purpose, responsible in great part for the abuse phenomenon and scandal, and generating dysfunction throughout the Church and in the lives of clergy in particular. I don’t think there is any doubt about the damage it has done institutionally and individually. To hang on to it would be damaging and abusive. So, something must change, and a deconstruction of the clerical, hierarchical, and celibate model, is called for. The Church needs to create a living and working environment that is healthy for priests (who will be men, women, celibate and married, with families, and also including alternative sexualities and lifestyles once the Church raises its gaze from the loins and celebrates sexuality as a wonderful gift rather than a constant occasion of sin !). The model of governance needs to be lay led, democratic, accountable and non-clerical, where priesthood and ministry are detached from the exercise of governance, authority, influence and power. I think most thinking and caring Catholics understand the need for these changes. If these changes do not happen, then I believe the Church will find itself disintegrating. My trust is that the Holy Spirit will nudge us towards a new model, not allowing the Church to damage itself existentially.

Oh, and + Northants hasn’t called me in for a bollocking and berating yet ! His Intelligence Network isn’t as good as he thinks it is !

“+Northants” won’t be calling you or anyone else in you lying, moronic, malevolent idiot.

From an English Diocesan website:
“The Slipper Chapel statue of Our Lady of Walsingham, along with the Dowry Tour Exhibition, will visit every English Catholic Diocese and Cathedral between 2018 – 2020, preparing for the rededication of England as the Dowry of Mary.”
Talk about fiddling while Rome burns ! Talk about transference ! Here we are facing an existential threat to the future of the Church, and all we seem to be able to do is talk about England as the Dowry of Mary !
I guarantee you that every time this circus shows up in a cathedral, it will be the same swivel eyed loons and oddballs who attend, going from one cathedral to another. The locals will just look at it and wonder what the hell is going on !
Dear Bishops, do catch on and deal with the real issues at hand, many of them expressed in this blog, and stop all this avoidance and transference by peddling twee shite like this.

Nowadays the great procession at Walsingham is little more than gay pride for geriatric exhibitionists.

Matthew Fox is a heretic.

‘Heretic’ does not mean ‘bad person’, much less ‘untruthful one’.
The Greek root of this word is ‘hairetikos’; it means ‘able to choose’. That’s all. No indication whatever that a person’s choices here are wrong or untrue.

Didn’t get todays blog…only the thoughts

Have you ever overdosed on poppers

We call her auntie Elsie at Farm Street.

Pat time for update on Ireland or is there nothin going on?

It’s summer, of course, and most of them will be busy reading, rather than the Bible, the Spartacus International Gay Guide (any year), photocopying relevant pages, or just ripping out the page(s) they want. Even the staycation tramps will be up at the Giant’s Ring. 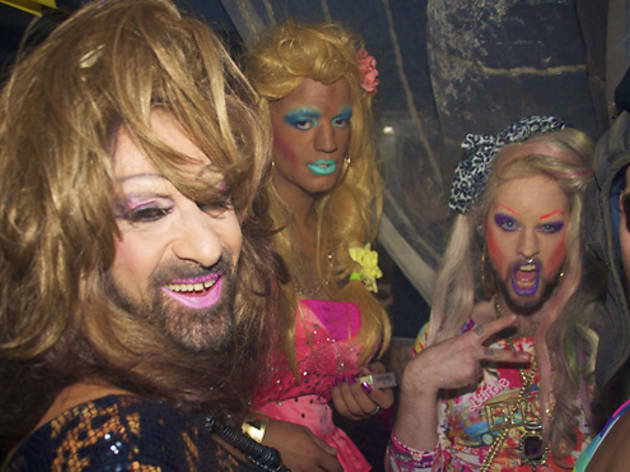