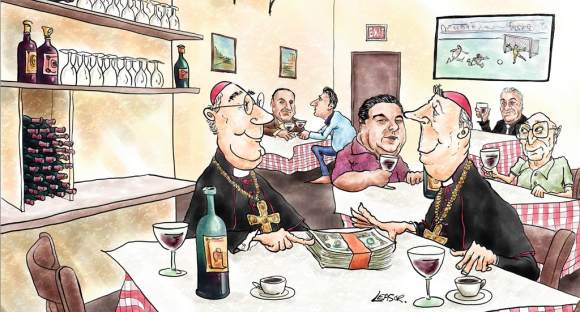 The church’s money scandal has been going on for 1600 years.

But in those times we did not have a world wide media to highlight it all.

And its not just in the USA.

It happens here at home too.

Just yesterday a priest was telling me about a few of his fellow priests who came from poor families, had a priest’s income and now own expensive apartments and villas in Spain and further afield. 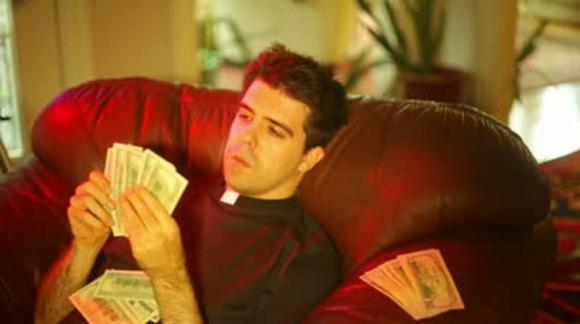 DOWN AND CONNOR AND THE ART STUDIO 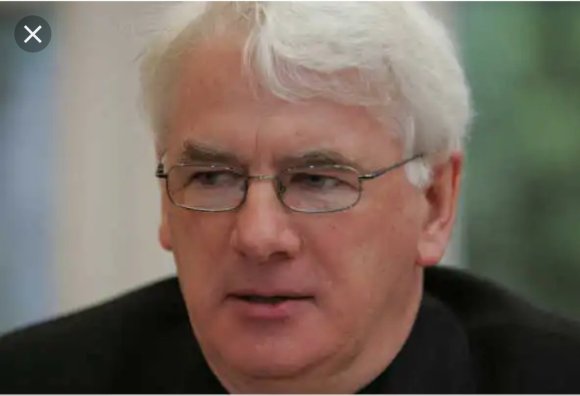 There is a rumour going around the clergy in Down and Connor that Noel 4 Million Treanor has just authorized a priest to spend £40,000 of church funds on creating an art studio for himself beside his parochial house.

Could this be true?

Is that Noel’s idea of being creative? 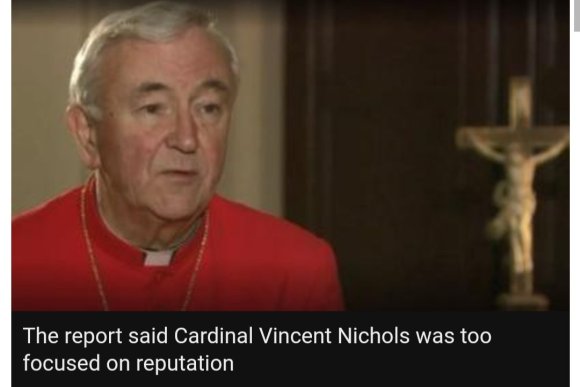 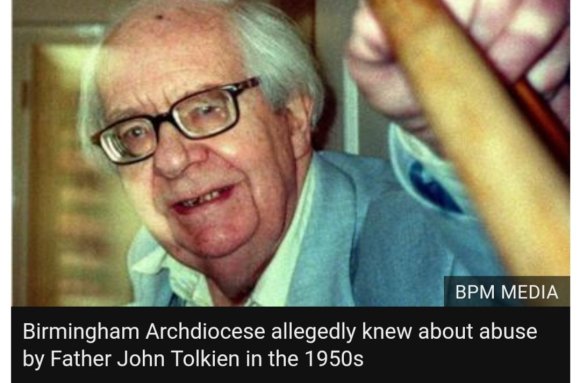 Children could have been saved from abuse if the Church had focused less on its reputation, the Independent Inquiry into Child Sexual Abuse has said.

More than 130 allegations of abuse were made against 78 individuals associated with Birmingham’s Catholic Church.

Cardinal Vincent Nichols – the city’s archbishop between 2000 and 2009 – was accused of focusing on reputation rather than the impact of abuse.

He denied a cover-up, but allegations were found to have been “ignored”

“I am truly shocked by the scale of sexual abuse within the Archdiocese of Birmingham,” the inquiry’s chair, Professor Alexis Jay, said.

The report concluded that “children could have been saved from abuse if the Church had not been so determined to protect its reputation”.

Father John Tolkien – son of novelist JRR Tolkien – was said to have admitted abusing boys in Sparkhill, Birmingham, in the 1950s. 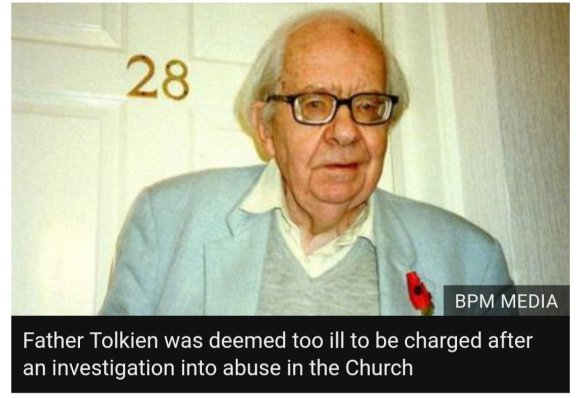 The archdiocese was apparently aware of the alleged abuse but did not report it until decades later.

Former boy scout Christopher Carrie, from Solihull, was given £15,000 in compensation in 2003 after he sued the archdiocese.

At the time, the Crown Prosecution Service said Father Tolkien was too ill to be charged, and he died later that year.

Cardinal Nichols – now the leader of the Roman Catholic Church in England and Wales – appeared before the inquiry in December.
He was asked if he had suppressed a note which suggested Father Tolkien admitted an allegation of abuse in 1968 and was sent for treatment.

However, the report said the note “was disclosed to the police so it cannot be suggested that the Archdiocese sought to cover up the note”.

The note was made by Archbishop of Birmingham Maurice Couve de Murville as part of a 1993 investigation but no action was taken either in 1968 or in 1993.

This “lack of action by the Church meant that abusers were free to continue committing acts of child sexual abuse,” the inquiry found.
Image copyrightGOOGLEImage captionThe inquiry looked at allegations in Birmingham’s Roman Catholic Archdiocese

By Martin Bashir, BBC religion editor
Once again, the Independent Inquiry into Child Sexual Abuse has shone light upon dark areas of the Roman Catholic Church in England and Wales.

This report describes an institution where the safeguarding of children was relegated to second, even third place, with the Church much more concerned about reputation management.
It also appears that Church leaders preferred secrecy over transparency, assisting some abusive priests to leave the country and others to move from parish to parish.

The criticisms of Cardinal Vincent Nichols are particularly scathing. The clear implication of the report is that his focus on reputation management – rather than the welfare of children – meant that abusers were allowed to continue victimising children.

And while it would be tempting to imagine that these offences are all in the past, the report concludes that “the Archdiocese is still falling short in its child safeguarding arrangements”.

As well as Father Tolkien, the investigation focused on three other priests: James Robinson, Samuel Penney, and one who remains anonymous.

Father Robinson, described as a serial child abuser, was moved from parish to parish after complaints were first made against him in the 1980s. The police were never informed and there was no internal, Church-led investigation.
He fled the UK in 1985 – later to be tracked down by the BBC at a caravan park in California – after being confronted by a victim.

Despite multiple allegations against him, he continued to receive financial support from the Archdiocese for seven years.

Robinson was found guilty in 2010 of 21 child sex abuse offences against four boys – some 40 years after complaints were first made to the Church in the 1970s and 80s.

When the Archdiocese was alerted to allegations against Father Penney, the Vicar General – who was charged with investigating – attempted to help him evade arrest and leave the UK.

Prof Jay said the number of perpetrators and victims is “likely to be far higher than the figures suggest” and the consequences of the Church’s failings “cannot be overstated”.

The report also concluded that the Birmingham Archdiocese continues to fall short in its child safeguarding arrangements.

In a statement, the Archdiocese said it accepts it has “failed victims and survivors” and apologised for “the grievous failings we have made in the past”.

It said it has “fundamentally changed its practices and processes to ensure an open and compassionate approach to victims and survivors”.

Vinnie/Elsie is finally getting his comeuppance after all his years of naked ambition and climbing the sleazy, greasy RC clerical pole.

In the end we discover they are all the same.

Empty, sneaky, power hungry operatives with neither the smell of the Shepherd or sheep about them.

Any decent, self respecting person in a senior position would immediately resign and take full responsibility for everything.

But Elsie is another Brady who will lie low sometimes and then parade all around the place in crimson robes – and wine and dine in places like Rome and Lourdes.

Bad cess to the lot of them! 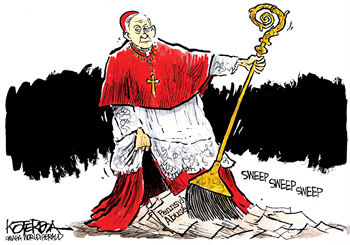