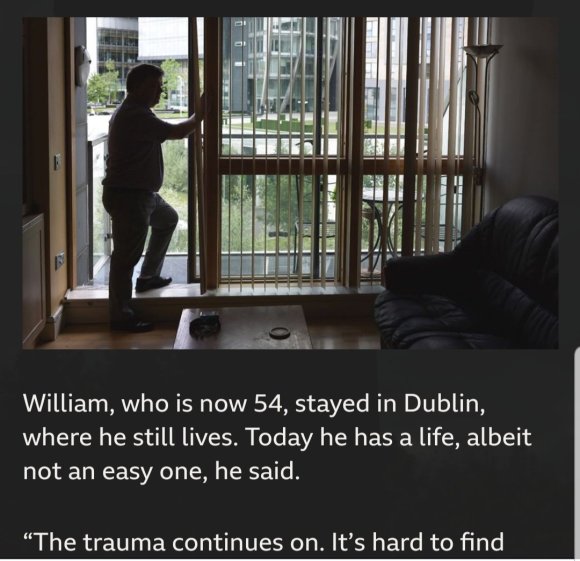 It is 20 years since the Republic of Ireland’s first state apology to children abused in Catholic institutions.

It is 10 years since a government-sponsored report exposed the sheer scale of the abuse carried out by priests, nuns and lay staff.

As the number of surviving abuse victims shrinks and the Irish state closes its survivors’ fund, many feel that they have been left without a plan to continue to support 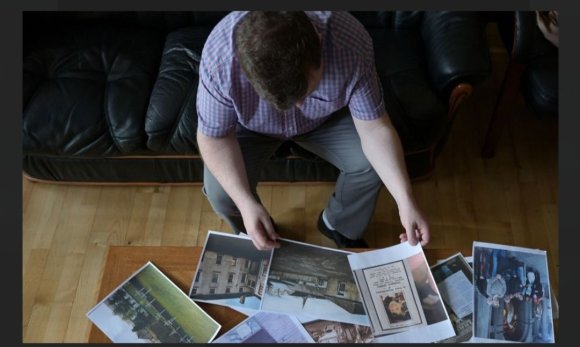 Imagine two young brothers. One is visually impaired. His younger brother has brittle bone disease and is severely disabled. Both are forced to witness each other being sexually abused by two priests.

This is William Gorry’s story.
His worst experience was when he was 10 years old. His brother, Thomas, was six. 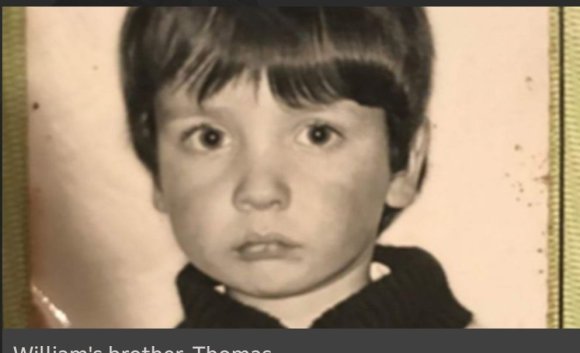 Sitting in his living room, he shifts in the black leather couch and looks down at his scrunched hands.

“For him to witness me being abused and for me to witness him, as my brother, being abused, especially with him being severely disabled, was horrific,” he said.

In 1974, his family fell into financial trouble. His mother left home.

There was nobody to look after the children, so they were sent to an industrial school.

In Ireland, these industrial schools were established to care for neglected, orphaned and abandoned children, according to laws at the time.

For 14 years, William was housed at the Mount Carmel Industrial School in Moate, County Westmeath, run by the Sisters of Mercy Catholic order. 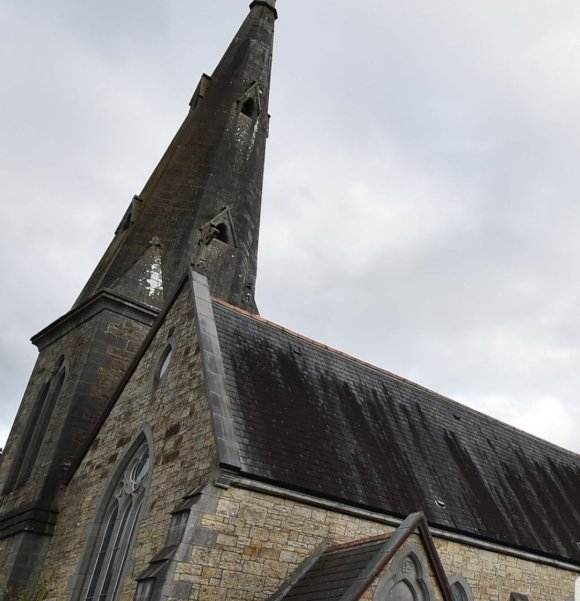 Some nuns would hit him with sticks and wooden spoons, hard enough to draw blood, while certain members of the clergy or lay staff would molest him.

“There was a regime from Monday to Sunday,” he said.

“There were beatings. I was abused physically, mentally, emotionally and sexually.”

If you were called to see the head nun, said William, a shiver would go down your spine.

“You knew what was coming to you. You’d have a bloody nose and a sore face,” he said.

One Christmas, William was asked to help put up the decorations in one of the lay staff member’s bedrooms.

The man spilled water on William. He didn’t see it coming, William said, because of his visual impairment.

“It was made out to be an accident,” he said.

That was when he was asked to strip out of his clothes. The lay staff member started to wash him down, touched William and masturbated him.

“I was told if I said anything I would be sorry,” he said.

Later, he enrolled in a first aid course with a voluntary organisation which, at the time, was led by clergy.

William said that even there, the sexual abuse continued.

“It always happened when you were on your own,” he said.

“I once fell and cut my trousers, so they were cut off me.”

He said he was then raped by a priest.

“I was told not to say anything, only that my knee was sore and that is why I was late back to my living quarters,” said William.

William should have left the school at 16, but was so institutionalised that he stayed until he was 21.

Feeling hopeless and struggling with his sexuality, he ran away to Dublin.

“I felt messed up. I didn’t know whether I was gay, straight or bi. I wanted to find out my identity,” he said.

For many more years, William struggled. It was only in his 30s when he decided to start talking about the abuse he carried with him.

William, who is now 54, stayed in Dublin, where he still lives. Today he has a life, albeit not an easy one, he said.

“The trauma continues on. It’s hard to find those words for the pain and suffering,” said William.

“You’ll never get on with your life when you recall things like this.”

What a tragic story.

Where was God here?

He was in the abused children.

Is this the fruits of Roman Catholicism?

If so what rotten fruits.

I hope the Good Lord avenges the horrible wrong done.

It calls for an eternity in hell for the abusers!