POPE FRANCIS HAS CREATED 14 NEW CARDINALS TO BE INSTALLED IN ROME IN SEPTEMBER COMING.

He just has his little gold hat from his birthday.

Pope Francis announced he will create 13 new cardinals Oct. 5, choosing prelates from 13 different nations as a sign of “the missionary vocation of the church that continues to proclaim the merciful love of God to all men and women of the earth.”

The only Canadian named was 73-year-old Jesuit Father Michael Czerny, undersecretary of the Section for Migrants and Refugees at the Dicastery for Promoting Integral Human

Development. None of the new cardinals is from the United States.

Cardinal-designate Czerny, who Pope Francis had earlier named as a special secretary for the Synod of Bishops for the Amazon, was in Guararema, Brazil, when the announcement was made. He told Catholic News Service in a text message that he had not known he was going to be made a cardinal.

Announcing the names of the new cardinals Sept. 1, the pope included 10 men who are under the age of 80 and therefore will be eligible to vote in a conclave to elect a new pope. Three of the future cardinals are already over the age of 80, and the pope said he chose them because of their service to the church.

“Let us pray for the new cardinals so that, confirming their adhesion to Christ, they will help me in my ministry as bishop of Rome for the good of the entire faithful, holy people of God,” the pope told pilgrims who had gathered to pray the midday Angelus with him.

One of the over-80 cardinals-designate is 82-year-old Archbishop Michael Fitzgerald, a Missionary of Africa born in England, who had served as president of the Pontifical Council for Interreligious Dialogue and later as Vatican nuncio to Egypt.

The others, in the order they were named by the pope, were:

It looks as if the pope has concentrated on officials of the Roman Curia and missionary bishops.

I don’t think that Ireland plays a big role in what the pope thinks about on a daily basis.

And of course, thanks to Bartlett, the pope was embarrassed by the low turn out for the World Meeting of Families.

Any way, Amy is useless or worse than useless.

Mincing around his diocese and further afield exuding an off putting piousity.

He also tweets like a teenage girl about holy days, rosaries, etc.

Not that that would bother Rome. Most senior clerics are more like Amy than is good for them.

I cannot think of a single Irish Roman bishop who comes across as masculine, in touch with reality, down to earth and with a healthy integrated spirituality.

They are all yes men for Rome and I doubt if any of them have a real personal relationship with Jesus Christ.

On a side note Pat, the Church of Ireland has appointed Andrew Forster as the new Bishop of Derry and Raphoe.
Andrew is 52 years old, married with three children, Andrew will take over from Bishop Ken Good who retired on May 31st 2019.
So it took the Church of Ireland just over three months to appoint a new bishop, whereas the Roman Catholic Diocese of Derry had to wait for three years before Pope Frank decided on McKeown as their bishop. Interesting. Why is the Anglican church faster at appointing bishops than Rome?
The soon to be Bishop Forster seems a nice enough man, and it is a shame we can’t have someone like him to become a bishop in the Roman Catholic dioceses in Ireland.
It seems the warmth and humanity is drained from nearly all Roman Catholic bishops (excluding you Pat, but I think you consider yourself Independent). Just look at the rag bag of morons who currently have the title “Bishop” in 2019.

12:18
Maybe it’s partially due to ‘unexploded landmines’ in the long grass countrywide!

It took the CofI three months TO ELECT a new bishop for Derry and Raphoe. The Catholic Church would do well to return to electing bishops from below instead of appointing them from above. A bishop’s loyalty and accountability are to those who put him/her in place.

When and where were Catholic bishops “elected from below”? Some examples would be excellent.

The population of Milan shouted loudly for Ambrose to become bishop and he was.

And don’t forget, for most of the church’s life bishops were appointed by emperors, kings and governments, and still do in places.

“Church of England” bishops are appointed by the Crown on the advice of the PM lol.

More irrelevant rubbish which I don’t and won’t read.
+Pat, do we really need these constant repetitious intrusions of somebody’s oblique links to issues being discussed? They have become almost as mind numbingly annoying as Bella’s.

Of course, Bp Pat, he may be… well, let’s just say, “sexually challenged,” a sensitive way of saying gay or homosexual nowadays.
Similar to “mentally challenged.”

Tweeting or talking like a teenager when you’re knocking sixty is a sure sign of immaturity. Repressing your sexuality is often the cause.

Fancy that, almost sixty years of age and never… well, you know. All that self-denial in the faint hope of getting a red hat! How absolutely pathetic.

Lights on a Christmas tree. Hi. Window dressing but.

9:42
Hello hi fly.
Indeed hi fly lights on a fancy decorated Christmas tree on show.
One too many are flashing. They’re on the blink even ending up in the clink.
Are hats worn in prison….
Have a good one.
Bye bye fly hi.

RE NO RED HAT FOR AMY
Dear Comment Maker,
Thanks for the comment. Cant open link. Can you get it and email to me? Thanks. Pat.
bishopbuckley1@outlook 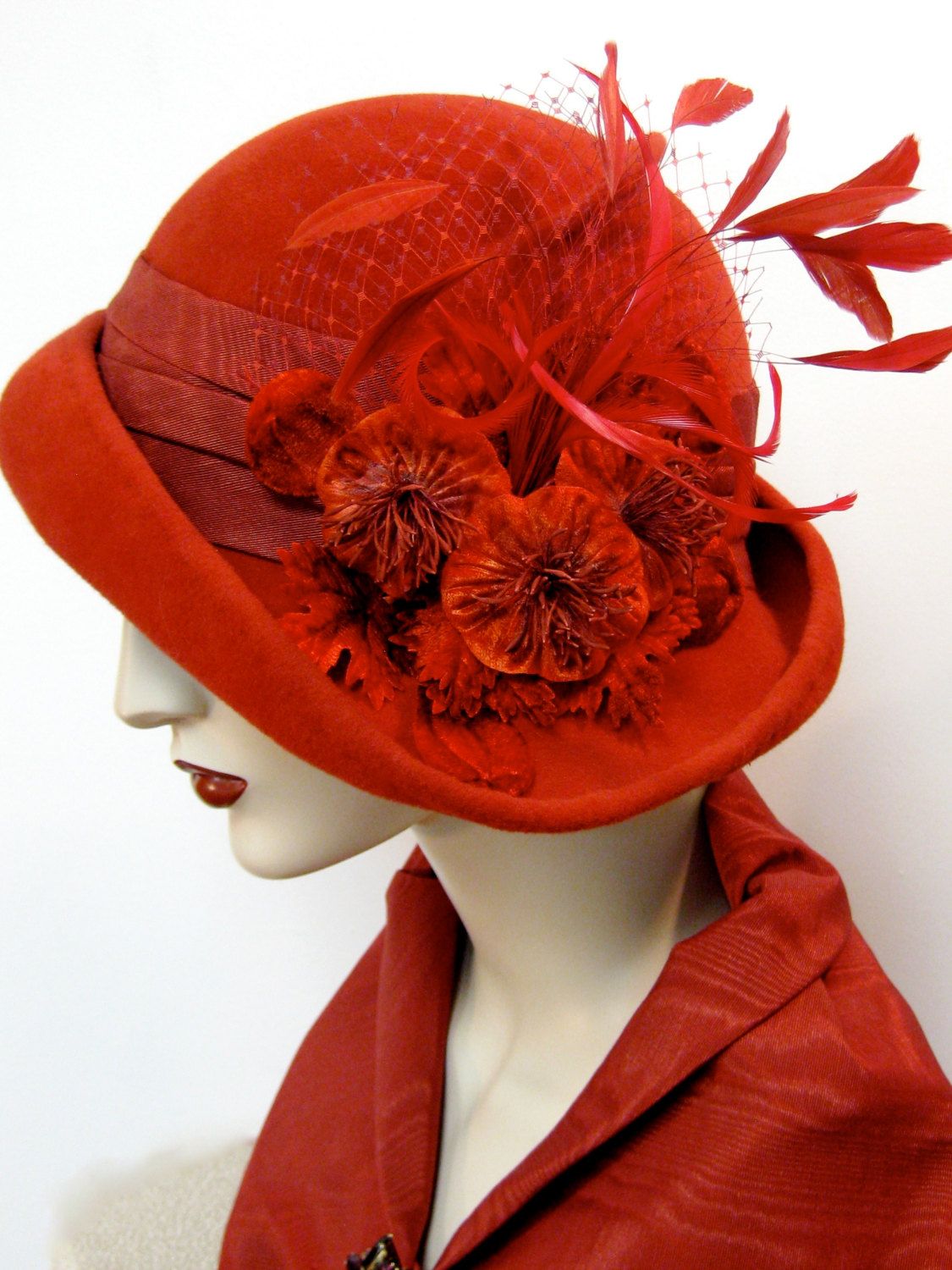 4.46: Off this at last an image of the elusive Miss Carta? Well, holy God, what a neck!! As for the lips: Miss Carta should go a long way with those with man or woman…Well done Mags…

Magna is far from amused. 😡

And no red hat for Pat!
Donald of Derry is a gentle pastor.
Yerars ago, on his old blog Pat encouraged that Donald be given his own diocese!

If I did that, I have changed ny mind. He’s as useless as tits on a bull 😊

Pat, who is the Northern Ireland based Priest (but not belonging to a diocese in the North) who travelled to Singapore to give Robert Mugabe the last rites. Business class flights via Dublin and given money by the Zimbabwean regime in the past few years. Heard it on the radio earlier.

Darcy no doubt will show up at the funeral, alb and stole in hand, with a homily outlining how good mugabe was to the poor

@3.07pm I heard similar today from a few priests. It’s not Darcy, the priest is from Co. Derry originally. He lives well below the radar and has benefited from corrupt regimes including the former Southern Rhodesia. It’s true that he was flown to Singapore to administer the last rites to Mugabe who was educated by Jesuits. The clergy gossip is rife. I believe the Sunday World is exposing him.

3.36: You are wrong. It was a Zimbabwian missionary priest working in Ireland….makes sense, doesn’t it? You gombeens. It’s none of our business.

You are wrong to believe that shite @4.33pm. How deluded are you? Check the facts.

Leeches the lot of ’em.

Pariahs most of ’em.

Sexually challenged all of them.

Red hat purple hat white hat. Don’t remember anywhere in the bible where it says Jesus had a hat. All these hats just indicate status – that is that they are better than us. Pope Francis would do good if he wore a rainbow hat. Bloody gombeens the lot of them. Have you ever heard such tosh. That a so called minister of Christianity needs a different colour of hat to indicate seniority. And there’s me thinking that we are all equal in the eyes of God. Or maybe all this attire regalia is just a Mafia uniform. People are starving, homeless or suicidal and these idiots worry about what hat they might get. How many of them are out on the streets tonight giving out food/ shelter to the homeless. How many free rooms are there in presbyteries where the homeless could be put up. How much space in bishop blings pad could be set aside for those in need of shelter. They talk the talk, these gombeens, but they cannot walk the walk . ” here Joe, give me another bottle of that expensive wine. Is my purple hat clean for Sunday so that I can go and squeeze more money out of the poor?” Jesus would be disgusted at these morons, these social climbing balloon heads. I just cannot for the life of me understand how people continue to be sucked in by this crowd of Christ betrayers . Red hat? The whole shebang of them should have a red face (of shame that is and not from some expensive bottle of wine(