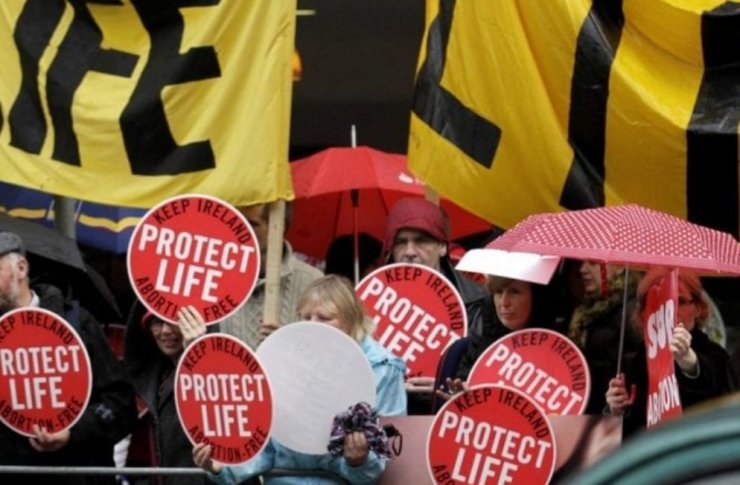 LEICESTER, United Kingdom – Northern Ireland politicians should “do all in their power” to prevent the Oct. 21 imposition of legal abortion in the province by the UK Parliament, according to the bishops of Ireland.

They also called on Northern Ireland politicians to do all in their power, including restoring the Assembly, to prevent the imposition of this legislation, “so that the primary value of every human life would be protected and that a voice be given to those who to date have had no voice in this debate.”

“Human laws do not determine what is good or true,” the statement said. “What was true in advance of the legalization for abortion in the Republic of Ireland, or its proposed imposition in Northern Ireland, remains true today. Every human life is a gift and a blessing and ought not be destroyed or disposed of at will. In Ireland, North and South, there are very specific threats to the respect and dignity that is due to every human life.”

Critics of the legislation have also pointed to the fact it would be the most drastic intervention into Northern Ireland’s laws by London since the 1998 Good Friday Agreement, which ended “The Troubles,” the 30 years of sectarian violence which led to the deaths of over 3,500 people.

The agreement calls for a devolved government in Northern Ireland, which must include representatives of both the Protestant and Catholic communities.
The pact has come under a lot of pressure recently, not only due to the collapse of the devolved government over two years ago, but also because of the looming Brexit, since many of the guarantees in the Good Friday Agreement were undergirded by the UK and Ireland both being in the European Union.

However, many observers note that the major Nationalist party, Sinn Fein, has been mostly silent on the issue, since it’s been officially a pro-choice party since Ireland voted to legalize abortion last year.

In fact, the loudest opposition has come from the pro-UK DUP party, which represents most of the Protestant community in Northern Ireland, and is strongly pro-life.

In their statement, the bishops lamented “the tragic rationale that renders an unborn child a commodity, devoid of any innate value.”

The bishops’ statement came just a day after the High Court in Belfast issued a ruling stating “the abortion law in Northern Ireland is incompatible with Article 8 of the European Convention on Human Rights.”

Northern Ireland is a part of the UK.

That means that NI laws should be the same as the rest of the UK.

The RCC and the DUP have one thing in common. They are both moral and social dinosaurs.

The UK is a modern liberal democracy.

That will not happen under the DUP and their moral Jurissac Park statelet.

I hope that the Westminster parliament will ssoon be freed from the DUP influence.

Let the RCC teach its doctrines.

But also let the UK not allow DUP and RCC juntas to dictate our lives.

I don’t want to live under DUP / RCC rule.

PS I am anti abortion but in rare cases see it as the lesser of two evils.