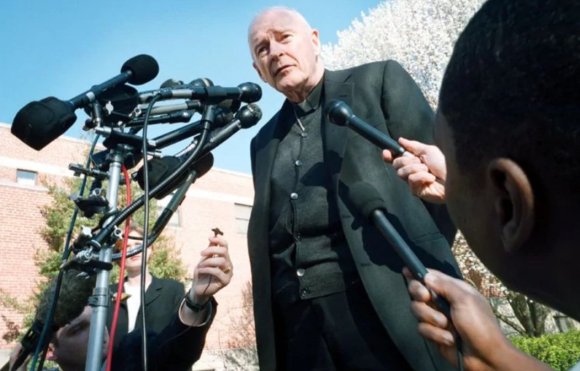 Theodore McCarrick, a former D.C. archbishop and cardinal who was defrocked this year amid allegations that he sexually abused two minors and sexually harassed seminarians, is facing new accusations that he abused at least seven boys from about 1970 until 1990, according to three sources, including a person with direct knowledge of the claims U.S. church officials sent to the Vatican in January.

In addition, six allegations of sexual abuse by seminarians and former seminarians also were sent to Rome, according to this last person.

In an interview, an accuser told The Washington Post that many of the boys knew one another. They often would travel together with McCarrick on fundraising trips to churches and the homes of donors nationwide, where the abuse allegedly would occur. The accuser and his family met McCarrick at a church function when the man was a young child.

As adults, some would speak about their alleged abuse to one another in the barest of terms.

It wasn’t until late last year, however, after allegations involving two other boys became public, that the man said he and other accusers contacted officials. The Washington Post does not identify victims of sexual assault or abuse without their permission.

‘What difference does it make to McCarrick?’ Critics question the value of defrocking.

The man said he and other victims since last year have cooperated with church and civil investigators as well as Vatican officials. After that, he said, he wanted to move on. He was driven, however, to speak out following a recent interview McCarrick gave to Slate in which the onetime fundraising and diplomatic church star denied wrongdoing.

In a September article, McCarrick said he is “not as bad as they paint me. I do not believe that I did the things that they accused me of.”

The reporter told him that “it sounded like he thought it was possible — that saying he didn’t ‘believe’ he had done those things, or that he doesn’t remember them, makes it sound as if he’s leaving it an open question. No, he said.”

McCarrick, 89, is unlikely to face criminal prosecution for his alleged abuse and harassment of the youth and seminarian cases first reported in the summer of 2018. Those allegations relate to crimes that would be beyond the statutes of limitation in the United States, where they are said to have occurred.

The victim said the group of accusers of which he is part have communicated with civil officials, including the New York County district attorney. A spokeswoman there declined to comment on the status of any ongoing inquiries. The archdiocese of Newark and the diocese of Metuchen, N.J., also declined to comment on investigations of McCarrick, which they characterized as continuing.

The man said McCarrick’s interview with Slate spurred him to write an essay. “He attempted to discredit the victims of his sexual abuse while creating further division and confusion within our church,” he said.

The essay described how the childhood acquaintances steeled themselves after decades to report the alleged abuse to church and civil officials. Some call themselves “the Nathans,” the man said, citing a prophet who in the Bible called out David for adultery and abusing power.

(Pope Francis in a sermon last Christmas called for “new Nathans to help so many Davids rouse themselves from a hypocritical and perverse life … victims, carefully selected by their predators, often prefer silence and live in fear of shame and the terror of rejection.”)

The essay details “fundraising-related overnight trips between the years 1970 and 1990 that, as fate would have it, all resulted in McCarrick sharing a bed with a young Catholic boy.”

The man said he was speaking out about the extent of McCarrick’s alleged abuse in hopes that it will focus Catholic attention on the former D.C. and New Jersey archbishop rather than raging divisions in the faith.

The victim declined to give details about McCarrick’s system with the network of boys but said the ex-cardinal was able to get away with it because of his natural gifts: “He was charming. He was self-effacing. He was completely disarming. And he ran that game on everyone. He ran it on his colleagues, donors and on young boys. Everyone around this guy is just a different shade of victim.”

A penthouse, limousines and private jets: Inside the globe-trotting life of Bishop Michael Bransfield

McCarrick was laicized — or reverted to the status of a layperson — in February, the most significant abuse-related punishment given to a Catholic cardinal in modern history. The Vatican was unspecific about the number of victims, saying in a short statement that a church process found him guilty of two charges — soliciting sex during confession and committing “sins” with minors and adults with the aggravating factor the abuse of power.”

By then, several current and former seminarians had come forward to allege that McCarrick had sexually harassed them. Two sexual abuse allegations against McCarrick were also known — that of an unnamed former altar boy whose complaint in 2018 of abuse a decade earlier led to McCarrick’s initial suspension and that of James Grein, a Virginia man whose family was close to the former cardinal and who said he was abused for many years, starting at age 11.

The New Yorker in April quoted an official with a New York archdiocesan church restitution program as saying they had received seven complaints against McCarrick.

Since McCarrick was defrocked, the Vatican has not commented on its broader investigation of his career, in particular how he moved to the very top of the Catholic Church despite rumors and complaints of misconduct. Pope Francis on Oct. 6, 2018, pledged a “thorough” study of Vatican archives related to McCarrick and said the church would “make known the conclusions.” This month a Vatican spokesman declined to comment on the inquiry, saying only that “the work is in progress.”

The accuser who spoke to The Post is one of five men represented by the same attorney, Kevin Mulhearn. He said he was aware of at least seven other accusers. Camille Biros, a member of the independent reconciliation and compensation board set up by the New York archdiocese, said she was aware of at least seven boys. The source with direct knowledge of all the claims U.S. church officials sent to the Vatican says the number of boys is at least 10. That person spoke on the condition of anonymity because canon law forbids unauthorized people to speak about internal cases or even to acknowledge that the cases exist.

The Catholic Church is among secular and religious institutions nationwide reckoning in a new way with old allegations of sexual abuse. More than a dozen states — including New York and New Jersey, where McCarrick began his career — significantly extended statutes of limitation for filing lawsuits over abuse. More than a dozen attorneys general are investigating the church’s handling of the cases.

Dioceses in multiple states, including New York, have begun a streamlined process — an independent, out-of-court program to hear and process claims of abuse, and to pay compensation.

The McCarrick case remains open. The person close to the U.S. church’s investigation said a complaint of youth abuse against McCarrick also was reported to police in Ireland. The man who spoke to The Post wrote in his essay of “many” boys on trips alone with McCarrick, and said “the Nathans” had testified about “hundreds of Church-related or fundraising-related overnight trips.” 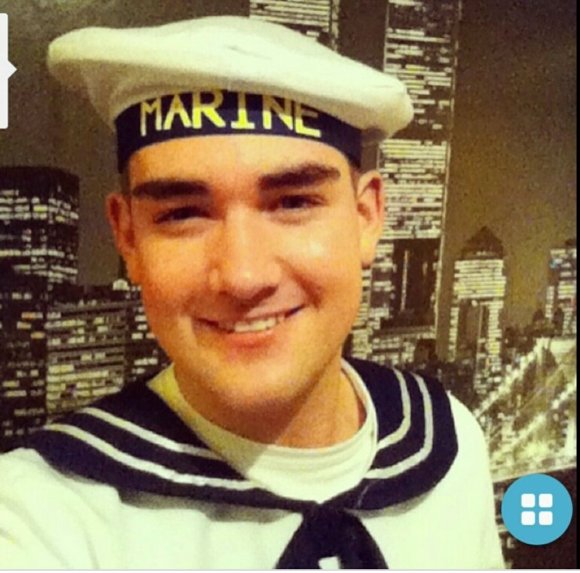 A priest in Munster has told the blog that Gorgeous has now moved to Cork and throug the influence of priests he knows ther is continuing his hospital chaplain trainig and ministry.

I do not know if this move has any connection with the new bishop of Cork, Fintan Gavin, who was up until recently a Dublin priests and worked with Diarmuid Martin in Archbishop’s House? 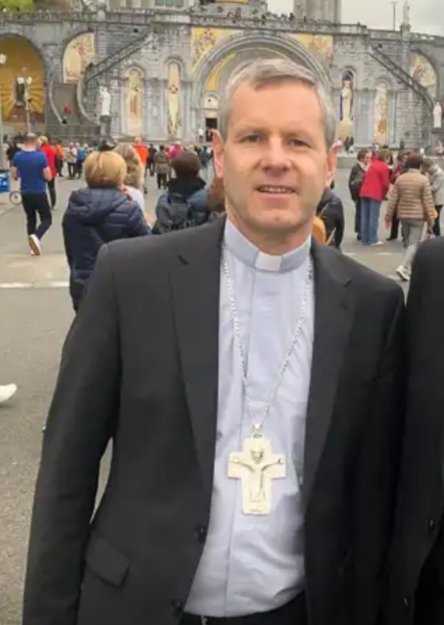 Michael certainly gets around and seems to have influential priest friends in many places.