“AN MI5 TRAINED EX COP WHO SNOOPED ON ROYALTY AND CEBLBS FOR A LONDON TABLOID HAD ADMITTED TAKING PHOTOGRAPHS OF STRIKING TEACHERS OUTSIDE A NORTH BELFAST PRIMARY SCHOOL. 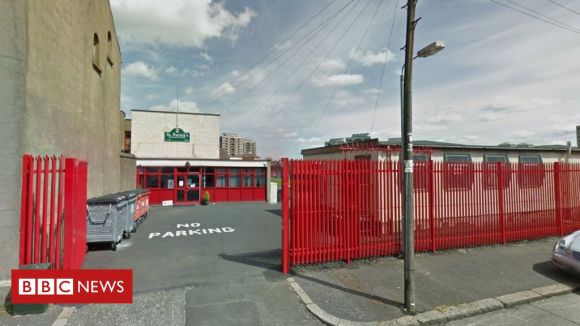 An investigation by an independent panel has found that while Derek Webb’s actions were upset staff he was not instructed by his sister in law Margaret Neeson the principal of St Patrick’s PS Pim Street to carry our surveillance. 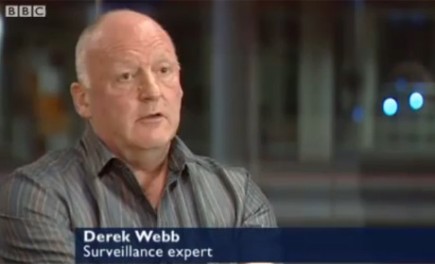 In an email to the NASUWT union, Mr Webb explained he was only at the school to ensure his step-daughter, a substitute teacher who worked during the strike was safe.

He said “I decided to accompany my wife (in) looking after her daughter’s welfare. I was never employed by any persons or relatives to take photos”.

What Mr Webb did not mention is that after leaving Hertfordshire police, he set up a private detective agency that spied on politicians and celebs for the now defunct News of the World.

At the Levinson Inquiry into press standards he admitted putting 150 people under surveillance at the paper, including actors Sienna Miller and Jude Law.

Mr Webb was later arrested and charged with five offences, including aiding and abetting, misconduct in public office. However, the case against him was later withdrawn.

When striking St Patrick’s teachers learned his identity and heard more about his past they were shocked.

They first noticed Mr Webb sitting in a car all day near a picket line on the Antrim Road last November. He reappeared three days in a row heightening staff fears of surveillance.

It would be a further four months before it would they discovered he is the brother-in-law of St Patrick’s principal Margaret Neeson and learned about his background.

This led to the Council for Catholic Maintained Schools, CCMS school governors and unions commissioning an independent investigation.

However, it had no powers to interview Webb, his wife or her substitute teacher daughter. The report only identified Webb by his initials “DFW”.

Referring to the relationship between Mr Webb and Mrs Neeson the panel soncluded: “The circumstances of the staff becoming aware that the person who took the photographs was the principal’s brother-in-law, coupled with the fact that this had not been disclosed earlier by the principal, had the effect of heightening the staff’s concern about the possible surveillance”.

The report also found that “there was no evidence available to enable the panel conclude that the staff were subject to surveillance”.

It added, “The panel was satisfied that the employer was not involved in any manner requesting any person to undertake surveillance of staff”.

In evidence St Patrick’s principal Margaret Neeson told the CCMS “she did not commission surveillance, that she waSs not responsible for the actions of her sister or her partner and there was nothing untoward”.

LETTER TO BISHOP NOEL TREANOR DOWN AND CONNOR

17th October 2019
Dear Noel,
I am writing to about the very serious situation that has developed at Pim Street Christian Brothers Primary School Belfast.
I’m sure you are well aware that a very difficult situation has developed involving six good teachers, the principal and the board of governors.
I am also familiar with the two extensive reports into this dispute – the general one which exonerates the six striking teachers and the surveillance report which describes the surveillance of the six teachers by former British intelligence officer Mr Derek Webb, the brother in law of the principal and a man who featured in the News of the World Levinson Inquiry.
I am aware that people have drawn your attention to these matters at various meetings.
As the local ordinary charged with the care of all the souls in your diocese you have, in my opinion, a solemn duty to minister to all involved in this dispute – especially the six teachers who have been so affected by these grave matters and as a result are undergoing intensive trauma counselling.
If these matters make their way into the public arena your good self and the CCMS will be seen to have played a part in a great injustice to these teachers and allowed a former British intelligence officer to traumatise devoted Catholic teachers.
I would ask you to use your good offices to bring this dangerous dispute to a confidential and compassionate ending.
I pray that you will act is this matter in persona Christi.
Sincerely yours,
+ Pat Buckley

1. If Mr Webb was there to safeguard his stepdaughter entering school at 8.45 why was he there everyday from 7.30 am?

2. Why was such safeguarding necessary when the striking teachers were to a man and a woman thorough ladies and gentlemen and never said “boo” to a goose?

3. Why were teachers approached by police on country roads and at their doorsteps?

4. Why have six teachers currently on sick leave never been approached or asked how they are doing by their employers who have a formal “duty of care” to them?

6. Have the board of governors considered the effect this has had on the teachers their families and their careers?

7. Mr Webb has no reason to be inside the school. Yet he was in there on at least one occasion to deliver scones he had baked. Were proper safeguarding procedures followed?

8. Photograps were hardly necessary to protect his stepdaughter. Why take photographs?

7. Can we less intelligent creatures be condemned for finding all the coincidences in this whole saga difficult to digest?

I am disabling comments for this particular blog.

Anyone wanting to communicate with me about the topic is welcome to email me on bishopbuckley1@outlook.com

A Belfast priest has said politicians who supported changes to abortion laws “are damning their souls” and should be refused Holy Communion.

Fr Patrick McCafferty, from the Corpus Christi Parish, made the comments in an interview with the Andersonstown News after terminations and same-sex marriage became legal.

Speaking to this newspaper, the priest said it was “a complete and utter contradiction” to promote abortion and still consider oneself a practising Catholic.

However, pro-life SDLP MLA Dolores Kelly branded the comments “regrettable” and said that only the Vatican could make such an order.

She also hit out at claims that her party had the power to stop changes to abortion laws at a short-lived sitting of the Assembly on Monday.

Fr McCafferty said it was “impossible” to take Holy Communion while supporting abortion.

“There is no way in which that can be justified or accepted,” he added.

“There’s such a thing as automatic excommunication.

“Promoting abortion is just totally outside the faith.

“You cannot consider yourself a Catholic in good standing.

“You should have the honesty and integrity to not present yourself for Holy Communion.”

Ms Kelly said Fr McCafferty’s comments were made after “misinformation” about the SDLP’s power to stop the changes to abortion law.

“They had the power to support the election of a Speaker but walked out of the chamber.”

Ms Kelly said only a reformed Executive, including the DUP and Sinn Fein, would have had the power to repeal the law.

“(The accusations) are manipulating the strongly held views and emotions on both sides of the argument,” she added.

“Many people who are pro-life and practising Catholics will also be very alarmed and angry about Fr McCafferty’s comments.

Father McCafferty’s comments have to be viewed in the context of his sexual abuse by another Down & Connor priest Father James Donaghy. 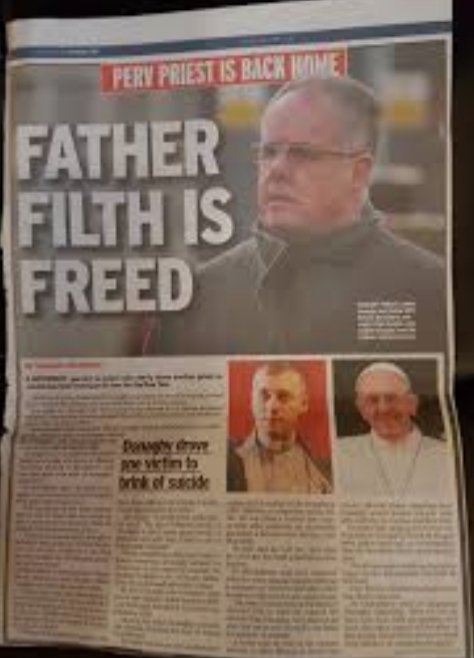 That abuse had profound effects on his mental health and indeed his whole life.

Victims use various mechanisms to cope with their suffering.

Father McCafferty has coped with his sufferings by adopting a very right wing and inflexible Roman Catholic position on absolutely everything.

Morality is very rarely black and white. It is all about negotiating the challenging grey areas of life.

If I were a married man I would not want my my wife having an abortion except for the most serious of reasons.

And if we were faced with an unbearable choice – like choosing between my wife’s life or the life of the unborn baby I would choose my wife.

In doing so I would not be choosing any “GOOD”. Rather, I would be choosing, in my conscience, THE LESSER OF TWO EVILS.

And I believe that God would understand that and would not want some ontological changed cleric to refuse me Holy Communion.

And if he tried that, I would reach into the ciborium and communicate myself!