YESTERDAY I WATCHED THE FUNERAL OF GAY BYRNE ON RTE TELEVISION.
I was very touched by the occasion. Archbishop Diarmuid Martin played a very gentle role by meeting people at the front door of his cathedral and showing them to their places and getting them to sign the book of condolences.
The Jesuit Irish Provincial Father Leonard Maloney celebrated a very dignified and balanced Funeral Mass alone – which was as it should have been. There was no “performance”, no “show”, no attention seeking.
Father Leonards was a good homily of New Testament stories with stories from Gay’s life.
He spoke of Gay’s talents and skills, of Gay’s triumphs and struggles, especially his final great struggle with cancer.
It Gay’s funeral was not a state funeral, it was the nearest thing to it.
As a child of the 60s and 70s and 80s Gay Bryne had its own important influence on my life.
I was, on a number of occasions, his guest on the Late Late and his morning Radio programme – especially at the beginnings of my thirty-year struggle with the Church of Rome and it’s minions on the island of Ireland.
My appearances on Gay’s shows helped me to resist church pressures that might easily have annihilated me. I had decided that the only way to survive was to take them on – not behind the heavy velvet curtains of episcopal places – but in the public square in the Republic and the North.
The Republic was important because I wanted the Republic’s Catholics see what their “leaders” were really like.
The North was important because I wanted the one million Protestants there to see that the post reformation RCs were just as bad as the 16th century ones their reformers had to deal with.
Gay, and other principled journalists allowed me to have my say – even when they came under pressure not to.
For that Gay, I thank you.
And as Father Maloney said yesterday: 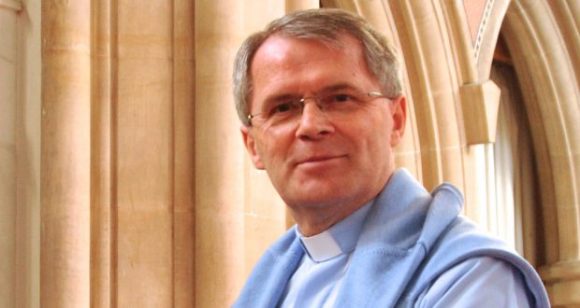 I never heard of Father Leonard Maloney until yesterday. He happens to be the Provincial Superior of the Jesuits in Ireland.

Maybe he was a friend of Gay’s or the Byrne family. I don’t know?
But a thought struck me yesterday.

This was the thought:

“Is it possible that Father Leonard Maloney might soon be appointed as the new coadjutor Archbishop of Dublin, an auxiliary of Dublin or the bishop of a other diocese?

He’s a Jesuit. So is the Pope. And the pope appointed Irelands first ever Jesuit bishop quite recently.

I was very pleased that yesterday’s very important national event was conducted without a cringeworthy Darcy performance.

I am privy to information about how that came about – but am bound by confidentiality.

But I remain very grateful to the person that prevented that “Look at me country and western ye haw”.

BD IN THE PEWS