The two lawyers, Richard Scorer of Slater and Gordon, and David Enright of Howe and Co, have been representing almost 50 victims and survivors at the IICSA hearings concerning clerical sex abuse in the Catholic Church of England and Wales.

Cardinal Nichols had been questioned during several sessions of the IICSA last week. Evidence suggested that he had been negligent with regard to abuse victims, even going so far as to delay starting proper church investigations or to meet with victims.

As LifeSiteNews had reported last year, it was also Cardinal Nichols who for years refused to open a church investigation into the allegations of an acknowledged victim of Father Michael Hill who in 2009 had added allegations of sex abuse by Cardinal Murphy-O’Connor.

When finally two solicitous bishops from Northampton and Portsmouth — who knew the victim personally — intervened and sent the court hearing to Rome, Pope Francis shut down that investigation at the Congregation for the Doctrine of the Faith in 2013.

Cardinal Nichols was questioned on this case last week and claimed that that CDF investigation had already been closed in 2011. He also was shown to have ignored a May 1 letter by both Bishop Peter Doyle and Bishop Philip Egan requesting him officially to open an investigation of this case in Westminster. He still has to answer that letter.

But this is only one of the many cases of Nichols’ mishandling sex abuse cases. According to Catholic News Agency, Nichols admitted about another case that he “did not properly handle an accusation of abuse in his archdiocese.”

As the two lawyers, Scorer and Enright state, this does not only apply to one case in Westminster. They first point to his previous position in Birmingham where he was the archbishop from 2000 to 2009: “In the inquiry’s report on the archdiocese of Birmingham, where he [Nichols] previously served as Archbishop, he was heavily criticised for his attitude to media challenges of the Archdiocese’s actions and for failing to uphold the authority of the national church safeguarding body when it came into conflict with his own Archdiocese.”

Further commenting on his actions during his time as the Archbishop of Westminster since 2009, the lawyers add that it is “apparent from the evidence of the past two weeks that Cardinal Nichols failed in Westminster also.” They sum up the hearings of the IICSA as follows: “Witnesses have described safeguarding in the Westminster diocese as ‘dysfunctional’ and ‘unsafe’. The evidence has also revealed a shocking mindset in the diocese of disdain for survivors.”

Summing up their claims, they state that the cardinal “failed in his leadership roles in both Birmingham and Westminster” and therefore “cannot credibly lead the Catholic Church” in the field of clerical sex abuse in the future. While it will take more than one person to be involved in solving the current problems, they add, the “Church needs leaders who command respect on these issues; Cardinal Nichols does not.

“It is clear to us and those we represent,” Scorer and Enright conclude, “that the time has come for him to step down.”

Covered up abuse in Birmingham!

Covered up abuse in Wastminster!

Covered up the fact that CMOC was an abuser! 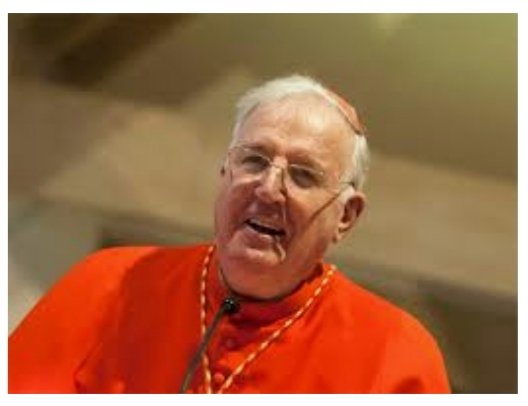 Tried to duck and dive through the IICSA!

PUT HIS FINGER UP HIS NOSE!

Of course NICHOLS SHOULD RESIGN –