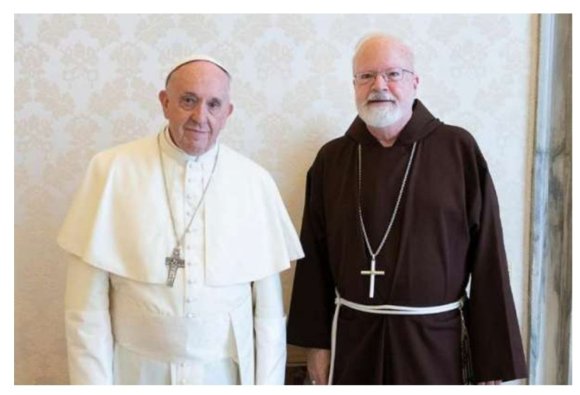 Cardinal Sean O’Malley of Boston meets with Pope Francis at the Vatican, April 19, 2018.

The results of the Vatican’s investigation of Theodore McCarrick should be published by early 2020, Cardinal Sean O’Malley of Boston told U.S. bishops on Monday.

“The intention is to publish the Holy See’s response soon, if not before Christmas, soon in the new year,” Cardinal O’Malley said on Monday afternoon.

O’Malley presented a brief update on the status of the Vatican’s McCarrick investigation during the annual fall meeting of the U.S. bishops in Baltimore, Maryland, held from Nov. 11-13.

Earlier on Monday morning, Bishop Earl Boyea of Lansing, Michigan, had requested that an update on the Vatican’s McCarrick investigation to be added to the agenda of the bishops’ meeting.

Bishop Joseph Strickland of Tyler, Texas, seconded the motion and the bishops approved it by a voice vote.

The Vatican announced that it would conduct a review of files on McCarrick in October 2018.

In March 2019, Cardinal Pietro Parolin, the Vatican’s Secretary of State, said the Vatican was still engaged in its investigation into McCarrick and that the Holy See would issue a declaration once it was finished.

On Monday, O’Malley provided the update on the Vatican’s investigation shortly after he and other bishops from New England arrived back in the U.S. from a visit with Pope Francis at the Vatican.

“We were not afraid to bring up the question of the report on Theodore McCarrick, and we insisted on the importance of publishing a response to the many serious questions of this case,” O’Malley said.

O’Malley sad the New England delegation made it clear to Vatican Secretary of State Cardinal Pietro Parolin that bishops, priests, religious and the lay faithful in the U.S. were all anxiously awaiting the results of the investigation, of how McCarrick “could become an archbishop and cardinal, who knew what and when.”

“The long wait has resulted in great frustration on the part of bishops and our people, and indeed a harsh and even cynical interpretation of the seeming silence,” O’Malley added Monday.
Cardinal Parolin “assured” the U.S. delegation of the Vatican’s original intent to publish its response to the investigation before the U.S. bishops’ November meeting in Baltimore, but the scope of the investigation and quantity of the information discovered in the process necessitated a later publishing date.

“There is a desire, a commitment, to be thorough and transparent so as to answer peoples’ questions and not simply to create more questions,” O’Malley said of the Vatican.

The cardinal said he shown a “hefty document” by the Vatican, which is being translated into Italian for a presentation to Pope Francis, with an intended publication by early 2020.

Reports of McCarrick’s history of sexual abuse were initially made public in June of 2018, when the Archdiocese of New York had announced that a sexual abuse allegation against then-retired Cardinal McCarrick was “credible and substantiated.”

Subsequent reports of sexual abuse or harassment of children and seminarians by McCarrick surfaced, and Pope Francis accepted his resignation from the College of Cardinals and assigned him to a life of prayer and penance, in July of 2018.
In August 2018, former apostolic nuncio to the U.S. Carlo Maria Vigano claimed that Pope Francis knew about existing sanctions on McCarrick but chose to repeal them. 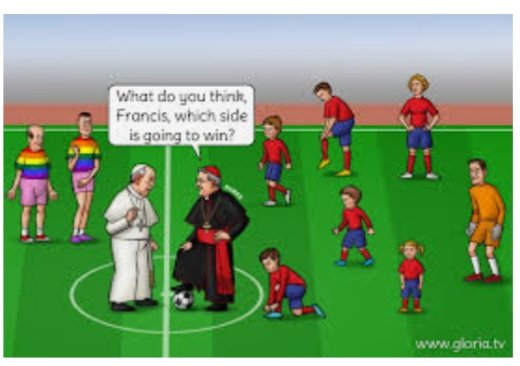 At their November 2018 meeting, just months after settlements of the Archdioceses of New York and Newark of abuse cases involving McCarrick were made public, the bishops were set to vote on a number of measures to deal with the clergy sex abuse crisis including a call for the Vatican to release all documents about McCarrick in accord with canon and civil law.

However, after the Vatican requested shortly before the meeting that the bishops not take action on the abuse crisis until an international summit of bishops in Rome in early 2019, the bishops did not end up voting on the McCarrick measure because of fears they could be viewed at odds with Rome.

Pope Francis laicized McCarrick in February 2019, shortly before convening a summit of bishops from around the world on clergy sexual abuse. The Vatican’s accelerated investigation into McCarrick’s case was reportedly an “administrative penal process,” not a full juridical process but one used when the evidence in the case is overwhelming.

In June, the U.S. bishops’ National Advisory Council unanimously requested the bishops to urge the Holy See to “make public the results of diocesan and archdiocesan investigations of Theodore McCarrick.”

My question is this: HAS FRANCIS HIMSELF GOT THE CREDIBILITY TO INVESTIGATE ANYONE AND HOW CAN WE TRUST HIS REPORT.

Should someone independent not be investigating Francis for his collusion with the Argentinian hunts in his time?

Should Francis not be investigated himself for his covering up of the abuser CMOC of Westminster?

The problem we have now is that EVERYONE in the hierarchy, priesthood and religious life, is a potential abuser and gangster 😥

The international reputation of this institution is now at zero.

As I keep saying it must be closely watched by governments, police forces and secular authorities in every corner of the earth in which exists.

Is the RCC not now an axis of evil?

Is Francis not simply Trump in a white cassock?