NAIROBI – Steven Lacchin grew up a fatherless boy, but he knew some very basic facts about the man who was his father.

He knew Lacchin, the name on his Kenyan birth certificate, was his dad’s name. He knew that Mario Lacchin abandoned him and his mother.

When he was older, he learned that his father was an Italian missionary priest – and that in leaving, he had chosen the Church over his child.

What he did not know is that less than 10 kilometers (6 miles) away, another man was on a quest to prove that Mario Lacchin was his father, too.

These two men would find each other thanks to an Associated Press story that appeared on the front page of Kenya’s main newspaper. All agreed that they bore a marked resemblance, but they underwent genetic testing to be certain.
Were they indeed half-brothers – sons of the same Father?

The Vatican only publicly admitted this year that it had a problem: Priests were fathering children. And it only acknowledged the problem by revealing that it had crafted internal guidelines to deal with it.

“I don’t know how many children of priests there are in the world, but I know that they are all over the planet,” said Anne-Marie Jarzac, who heads the French group Enfants du Silence (Children of Silence), which recently opened negotiations with French bishops to access church archives so these children of priests can learn their true identities.
Just as clergy sex abuse victims have long suffered the indifference of the Catholic hierarchy, many of these children of priests endure rejection multiple times over: abandoned by their fathers, deprived of their identities and ignored by church superiors when they seek answers or help.

Steven Lacchin’s lineage was no secret. Members of Mario Lacchin’s order were well aware of it and exerted pressure on him to choose the Church over his young family, according to his letters.

His mother, Madeleine, kept a decade worth of correspondence with the priest, as well as meticulous records of her efforts to seek child support from the Consolata leadership and regional bishops after Steven was born June 21, 1980. (Steven Lacchin asked that his mother be identified only by her first name.)

The two had met two years earlier in Nanyuki, about 200 kilometers north of Nairobi, where Madeleine was a school teacher at an all-girls school and Lacchin would celebrate Mass. Madeleine would later tell the Consolata regional superior that she first went to Lacchin with “a spiritual problem,” but that they then eased into a “friendly pastor-parishioner” relationship that grew into love.

On July 28, 1979, Mario Lacchin wrote a birthday card to Madeleine in his neat cursive, promising to spend more time with her and her young daughter from a previous relationship, Josephine, despite the risks their union posed.

“I do really love you with all my heart and body,” he wrote. “You are the only one who is giving me, not only physical satisfaction, but a lot more. You are telling me and teaching me how beautiful it is to love and be together no matter the sacrifices we have to make for it.”

Soon after, Madeleine became pregnant. A few months before Steven was born, Lacchin wrote from Rome about meetings he held with the Consolata leadership at the order’s headquarters about his impending fatherhood.

“I had a little trouble in Rome with my superiors,” he wrote Madeleine on March 4, 1980. “It is my impression that nobody is going to help me in the way I would like to go,” he wrote, adding: “How is the baby?”

By the end of 1981 – with Steven Lacchin a year old – the priest seemed determined to end his “double life” and devote himself to his family.

“I took a courage to meet with my provincial superior about you, about Steven, about my readiness to leave the priesthood,” he wrote. “I want you, and I will fight until I will be with you, Steven and Josephine forever.”

But in that same letter, Lacchin told Madeleine that his superior wasn’t at all on board with the plan. “He told me that he wants to save my priesthood, but I told him that I will never be able to continue in such a life knowing I had a child belong to me,” he wrote.

Lacchin never left the Consolatas. His letters over the following years speak of his order’s “pressure” to remain a priest, as well as his own feelings of “failure” and his apologies for having promised Madeleine “a future which will never come.”

While the Vatican was loath in those years to let a priest abandon his vocation, the Consolata’s deputy superior, Father James Lengarin, insists that if a priest formally requested to be released from his vows because he had fathered a child, he would have been allowed to go.
By 1985, Madeleine was increasingly unable to care for the children. She was ill, and shunned by her devout Catholic family because of her liaison with Lacchin.

Lacchin, then stationed in Uganda, had left 1.7 million Ugandan shillings for her in the Ugandan diocese of Tororo that year (the equivalent at the time of $2,500), but in the midst of a civil war, Madeleine couldn’t access the money. Due to the upheaval, the money lost nearly all its value.

Two years later, Madeleine wrote to Lacchin’s superiors seeking financial and bureaucratic help as she increasingly feared for Steven’s future. Who would pay for his education? And the child couldn’t get Kenyan citizenship because his father wasn’t Kenyan; Steven Lacchin’s birth certificate and other identity papers all bore Mario Lacchin’s name.

The Consolata’s then-regional superior, Father Mario Barbero, replied that he understood Lacchin had left money for Steven’s care in Uganda.

“With this I think that Mario has given some contribution towards meeting the expenses for Steven’s upbringing, though I know that money is not enough to heal psychological wounds and frustrations you had to go through,” Barbero wrote.
A year later, Madeleine took her case directly to Lacchin.

“Even as I write, I find it difficult to believe that you, Mario, could turn me into the helpless beggar I am,” she wrote on Jan. 5, 1988.

“I accepted your decision regarding me, and yet I cannot accept your hiding behind the priesthood to refuse to help a child you helped bring into the world,” she wrote. “I do not know what you think he will think of you and of your priesthood and other priests when he grows up and learns how you treated him.”

By then, Mario Lacchin had been transferred north and was working at the Consolata mission in Archer’s Post, a onetime trading station in the Northern Rift Valley. There, he met Sabina Losirkale, a young girl in her final year at Gir Gir Primary School who cleaned the Consolata priests’ quarters after classes.
Impregnated at 16 – before the age of legal consent in Kenya – she would give birth to a boy, Gerald Erebon, on March 12, 1989. He was pale complexioned, unlike his black mother or siblings or the black man he was told was his father.
When Sabina became pregnant, the Consolatas transferred Lacchin out of Archer’s Post, and he vanished from her life.

Shortly before her death in 2012, family members say, Sabina told them Lacchin was Gerald’s father. The priest has denied it, and refused to take a paternity test. The order acknowledged nothing.
The AP told Gerald Erebon’s story in October. That article led Steven Lacchin to reach out to Erebon on Facebook.
“I saw your story and I feel for you,” he wrote. “I am letting you know, you are not alone.”

Intrigued, but skeptical, Erebon responded. What did the writer want to share?

“He is my dad too,” Lacchin replied.
A few days later, the two met in Nairobi. It turns out they are practically neighbors, living in adjacent neighborhoods along Nairobi’s main Magadi Road. They marveled at how much they looked alike: two bi-racial men born to black African mothers, soft-spoken and pensive, though Erebon towers over Steven.

Awkwardly, they hugged for the first time and looked over the documentation Steven had brought along detailing the years-long relationship between Lacchin and his mother and her efforts to hold him responsible for Steven’s upkeep.
They shared the stories of their lives.

Like Erebon, Steven Lacchin was brought up in the Church and attended seminary for a time. Steven said he was kicked out once his bishop discovered that his father was a Catholic priest. Eventually he was able to put himself through law school, and now is married with three children.
“I wouldn’t need a DNA to tell these two are brothers,” said Lacchin’s wife, Ruth. “If you look at Mario, you look at Steven, you look at Gerald, it’s one person. It’s one tree. They are brothers!”

Still, they needed to know. The AP arranged for DNA tests.

Two weeks later, the results were in: The findings were “entirely consistent with a direct male-line biological relationship,” the lab said.

In other words, the men are almost certainly half-brothers, said Darren Griffin, a geneticist at the University of Kent who reviewed the lab results for AP.
“The only thing I can say is welcome to the family!” Lacchin told Erebon, shaking his hand.

“This is eternal,” Lacchin said. “We can’t run away from this. We may go our separate ways, but one thing, you know you have a brother out there.”

Erebon said he had thought he was alone, and having “a relative, a family, someone you can call your own, makes it a bit easier for me now.”

Mario Lacchin, who has taken a leave from his parish work in Nairobi to see his Italian relatives, didn’t respond to a request for comment.

Lengarin, the deputy Consolata superior, said he searched the order’s Nairobi archives in 2018 after Erebon came forward and turned up no information about Erebon or Steven Lacchin. But he acknowledged that he only looked into the two years surrounding Erebon’s 1989 birth, and that the order doesn’t keep complete personnel files.

He said AP’s inquiry about Steven Lacchin was the first the order in Rome and Nairobi had heard about a possible second son of Mario Lacchin.

But Steven’s mother was in touch with the Consolata superiors in the 1980s. Steven sent letters to Consolata officials in Nairobi in 2010 and 2014, seeking financial assistance (he wanted to buy land to build a home for his family) along with help sorting out his citizenship status.

Getting no response, starting in 2016 he made the same requests of Mario Lacchin’s bishop, Virgilio Pante – like Mario Lacchin, an Italian member of the Consolata order.

Pante responded with an Oct. 14, 2017, text: “You look for something big. My diocese of Maralal now financially is suffering. True. Can I send you now a Christmas gift 25,000?” (In Kenyan shillings, the equivalent of around $250.)

Steven still wants the Church’s help in ironing out his Kenyan and Italian citizenship issues; Erebon wants Mario Lacchin to acknowledge his paternity, so the heritage of his own two children can be recognized and they can obtain Italian citizenship.

“It started very long time ago and our father has to do the right thing, at least once,” Erebon said. “He needs to make it right. And the Church should not continue with the cover-up. They should just make this right.”

I have met the children of priests in this country and would not be surprised to discover that there are hundreds of thousands of such children in the world.

The presence of all these children is another charge against the lie of celibacy.

Celibacy has never worked. It does not work.

One of the great blasphemies the RCC is the preaching of “Suffer little children” and at the same time murder, abuse and abandon millions of children over time.

And that contradiction was born in deepest Hell. 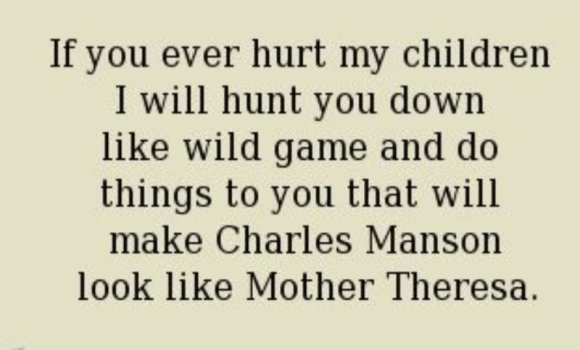