The play describes a competion to which three competitors have reached the final. They have to read The Irish News without bokin.

The first competitor only goes a page or two and then bokes.

The second competitor get a bit further and then bokes.

To everyone’s surprise the last one reads the whole newspaper without bokin and is the winner.

The Irish News was set up in 1891 by the Roman Catholic Irish bishops and priests to compete against the other newspapers who were supporting Charles Stewart Parnell to remain as the political leader of Ireland in spite of the fact that he had just come through a very scandalous divorce case in which he was involved.

The RC bishops and priests were the first shareholders in The Irish News.

As part of an MSSc taught masters degree in 1989 I in QUB I did a 30,000 essay studying how the Irish RC Hierarchy collaborated with The Irish News control church dissidents.

Available on Amazon Kindle for free. ** It has some formatting issues but is all there. 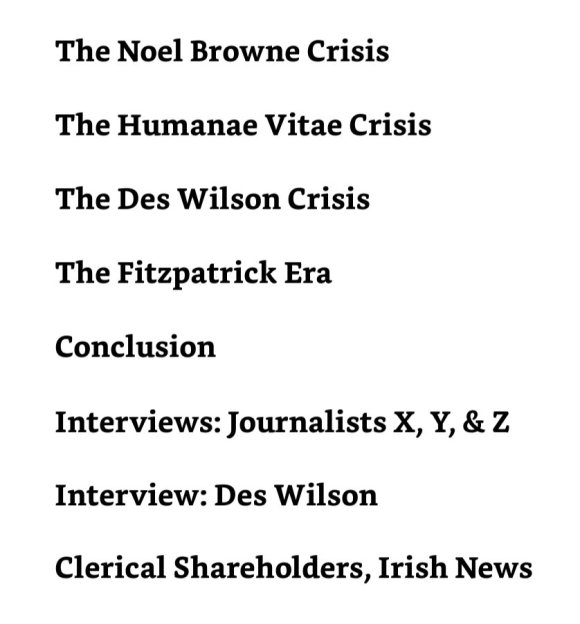 The Irish News has traditionally under the control of the RCC and the non violent Irish Nationalists.

It’s current owner is a Knight of Columbanus and a Cathbot, Jim Fitzpatrick a good friend to Down and Connor bishops.

My own history with The Irish News is one of being blocked, censored and refused a right of reply.

In 2013 I wrote a letter to the Letters Page and wrote a blog about what happened:

THE “IRISH NEWS” NEWSPAPER, BELFAST HAS TODAY, JUNE 28TH 2013, PUBLISHED AN EDITED VERSION OF MY LETTER SENT TO THEM ON JUNE 17TH ABOUT PRIESTLY SUICIDES. THEY REMOVED 3 SECTIONS OF MY LETTER – (1) THE SECTION ABOUT PRIESTLY CELIBACY NOT WORKING; (2) THE SECTION ABOUT THE “CLERICALISM” CONDEMNED BY POPE FRANCIS AND (3) THE SECTION ABOUT BISHOPS, INCLUDING BISHOP NOEL TREANOR BEING ALOOF AND UNAVAILABLE TO PRIESTS. WHY WERE THOSE SECTIONS REMOVED? IS IT BECAUSE THE PART ABOUT CELIBACY NOT WORKING WHO ANGER BELFAST PRIESTS? AND IS THE IRISH NEWS NOT WILLING TO ALLOW CRITICISM OF CATHOLIC BISHOPS?
OR IS THE NEWSPAPERS EDITOR, NOEL DORAN, AFRAID OF HIS PROPRIETOR JIM FITZPATRICK – THE RIGHT WING WEALTHY BELFAST CATHOLIC? 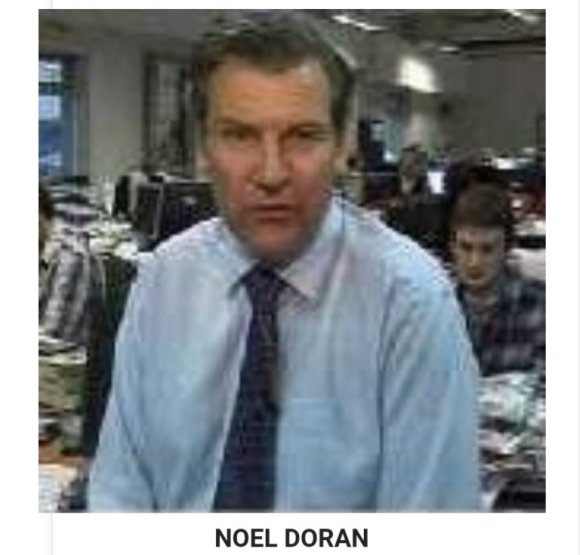 NOEL, I AM ONLY A POWERLESS DISSIDENT BISHOP WHO HAS NO POWER TO BRING YOU TO BOOK. YOU ARE THE EDITOR OF A NEWSPAPER THAT CAN RUBBISH ME WHEN YOU WANT AND YOU ARE BACKED BY YOUR MILLIONAIRE OWNER.

BELOW ARE THE SECTIONS REMOVED AND CENSORED:
1.Most seminarians and young priests are initially dedicated to the life of celibacy. If they make it through the seminary without being propositioned or seduced by another seminarian or priest they are fortunate. However when they mature a little they are confronted with their own very normal sexual urges accompanied by loneliness and they become hopelessly trapped. The majority of priests eventually leave the priesthood, lead a double life in secret or succumb to psychotic loneliness, depression, anxiety or to various addictions. Whatever way they try to cope they are internally conflicted and lose a sense of integrity and wholeness. Also Is it an accident that there are a greater number of gay men in the Catholic priesthood than there are in society as a whole. Being secretly gay puts huge pressures on priests.
2.The “clerical club” in the seminary and later in the diocese is a cruel and unforgiving environment. Among seminarians you will find the same bullies as you find in secular life. Priests are afraid to be vulnerable before other priests. They are afraid to being judged and thought weak. When they are in a crisis they often cannot bring themselves to talk to another priest about their crisis.
3.Bishops are supposed to be “fathers” to their priests. But many bishops are aloof and cold and unapproachable. How many priests have their bishop’s private mobile number? Could they call him and go to him at 3 am if they are on the very edge? Could Matt Wallace have done that? In any event how can you talk to a bishop about your struggles or weaknesses when it is he who has the power to discipline you, take away your life as you know it, or even report you to the police.
Bishop Pat Buckley 28.6.2013 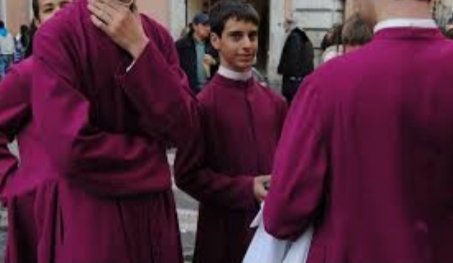 Three more former altar boys have claimed they were sexually abused by two priests in the Vatican, as the child abuse scandal that has rocked the Catholic church zeroed in for a second time on its headquarters.

The allegations of abuse in the Vatican’s youth seminary, to be set out in an Italian TV show on Sunday, date back to the 1980s and 1990s when the boys were aged between 10 and 14.

The accusations come two months after the Vatican said it would seek to indict Fr Gabriele Martinelli (28) for allegedly abusing several altar boys in 2012 when he trained at the St Pius X youth seminary. That move was prompted by the Italian show Le Iene’s first investigation into the school in 2017.

The Vatican said in September that an indictment was also being sought against a former rector at the youth seminary, Fr Enrico Radice, who was accused of aiding and abetting the alleged crimes.

The Catholic church has faced thousands of child sexual abuse allegations from around the world but Le Iene’s investigation in 2017 was the first time claims of paedophilia within the Vatican’s walls were exposed.

“We decided to keep digging as we had the feeling that the previous cases were not isolated,” said Gaetano Pecoraro, one of the two authors of the investigation. “There were more victims and more priests involved in sexual abuse within the Vatican.”

In the latest investigation, three former altar boys who served at papal masses claimed they were sexual abused by two priests, one a teacher.

In the programme, seen by the Guardian, one of the victims alleges that one of the priests, who was managing the school’s communal showers, tried to remove his bathrobe. “He wanted to undress me,” the victim alleges. “I tried to wriggle away. I was 13 years old. I fell to the ground and asked him ‘what are you doing?’. I then got up and ran away.”

All three boarded at the youth seminary. The second victim alleges he was abused at the Casa Santa Marta, where many priests stay, by a priest at the youth seminary when he was 10 or 11 years old. “He asked me to go upstairs to his room, made me sit on his legs, began to stroke my thigh and then put a hand on my private parts,” he told Le Iene. The priest allegedly persisted with the abuse and after the boy refused the advances he stopped.

The victims, now aged between 37 and 40, came together a few years ago to share their stories. The third victim made similar allegations but chose not to go into detail for the programme. The three claimed that a fourth former altar boy suffered worse sexual abuse than they did, but when he was contacted by Le Iene he refused to talk.

The allegations were corroborated by several people who claimed to have witnessed some of the abuse.

Le Iene managed to trace one of the accused priests. The man, whose face is blurred in the programme, appears to be frightened by the journalists’ visit. After he hears the accusations made against him in the audio interviews, he responds: “No, it’s not possible. I can’t remember ? I’m not saying they’re lying, I’m saying they have misunderstood.”

The Vatican said in a statement that if new elements emerged during the judicial proceedings it had begun in the Martinelli case “involving further offences by the accused or by others, the judicial authorities of the state of the Vatican City will proceed with the opening of a new file of documents and, following preliminary investigation, with a new request for a trial.”

And at the very centre.